Abstract
Cerebral palsy (CP) is a non-progressive neurological condition resulting from damage to the immature brain. The motor disorders in children with CP are complex and are related to muscle tone, muscle weakness, loss of selective motor control, muscle contractures and bony deformities. These musculoskeletal deficits progress and produce further motor dysfunctions as gait impairments.

Between 53% and 79% of children with CP are able to walk. For those, the choice of treatment(s) is generally based on the results of gait analysis. Gait analysis is an instrumented measurement of the movement patterns of a person during walking. In a clinical setting, it provides an objective record that can quantify the magnitude of pathologic gait deviation from normal as well as explain related abnormalities. 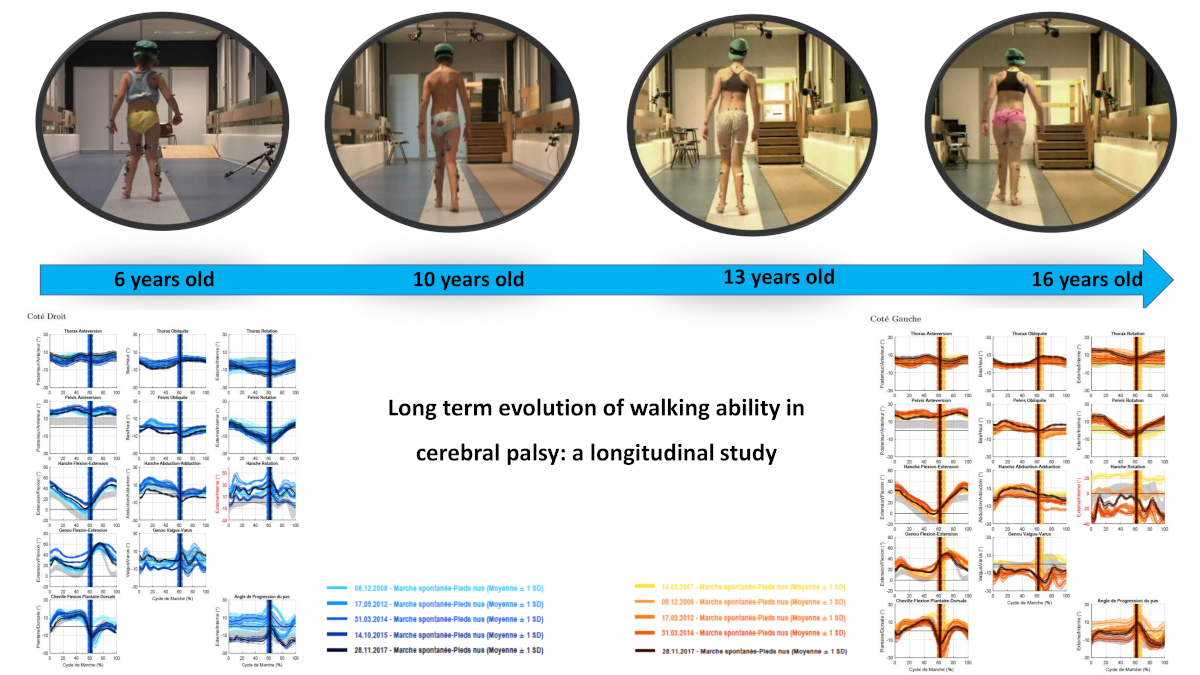 The natural evolution of gait in CP has been assessed in short-term (follow-up of up to five years) studies and reported a deterioration of gait. Generally, the treatments used to manage the disease progression of CP showed improvements of gait at short- and middle-term.

However, very little is currently known about the long-term gait evolution of CP and the influence of treatments on the locomotion of these patients. The identification of the prognosis of children with CP according to their initial status and their treatments will bring important insights for their evolution of gait.