UltraMotion: An innovative approach to measure 4D in vivo bony segment motions based on the fusion between ultrasound and motion capture systems

Profile: We are looking for a candidate with experience in ultrasound imaging or medical imaging, specifically on segmentation and registration. Only European and Swiss citizen are eligible. 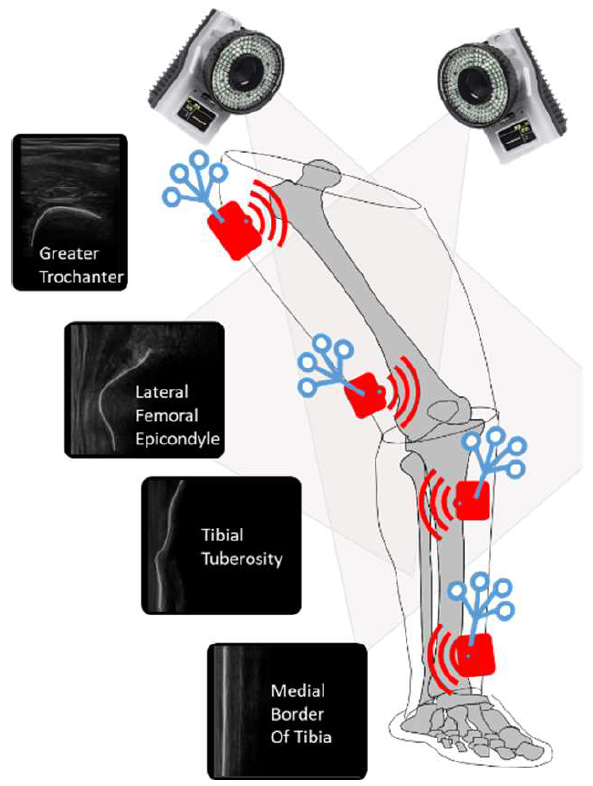 In clinical settings, human movement analysis has become an essential tool to identify, characterise and follow the evolution of the locomotor system pathologies, as well as to assess the efficacy of a rehabilitation program or a surgery.

Classically, this approach relies on the measurement of the 3D trajectories of a set of reflective skin markers by the mean of an optoelectronic system. The position and orientation of bony segments is then estimated during a movement using these trajectories.

However, the relative motion between the cutaneous markers and the underlying bones, known as soft tissue artefacts (STA), introduces significant errors that limit the accuracy of the measurements, especially when considering small rotations and displacements. Still, an accurate joint kinematics estimation is crucial to properly identify and quantify pathology-related movements’ abnormalities. Gaining access to such information would open new possibilities for the evaluation, treatment and follow up of patients.

To date, researchers have been using intra-cortical pins or bi-plane fluoroscopy to tackle the issue of STA. However, these solutions are invasive or irradiating and cannot be used in clinical settings for ethical reasons. Thus, there is a need for the development of new technologies allowing an accurate measurement of joint kinematics.

Another solution to tackle STA is the fusion of ultrasound (US) imaging with traditional motion capture. This fusion consists in calibrating each US transducer in such a way that the 3D position of each point of the US plane can be measured in space. Hence, by combining multiple images of the same bone, it is possible to reconstruct its position and orientation in space and to cancel STA. Recently, a proof of concept of using A-mode US for the motion capture of the lower limb was made, and B-mode US was tested to track the greater trochanter. The outcomes of these studies are promising, but the feasibility of such approaches in clinical settings have not been assessed and these devices have not yet been validated in vivo.

Our project aims to achieve the fast prototyping and testing of an innovative system allowing the fusion of Bmode US and marker-based motion capture to track the knee kinematics during gait. This system will be composed of two calibrated US transducers per segment (one proximal, one distal) allowing the bone pose reconstruction of the femur and tibia segments, and thus the measurement of the knee kinematics. It will be validated in vivo and its applicability in clinical settings will be evaluated.

Project duration: From 6 to 8 months

This project will be in collaboration with the members of the Kinesiology Laboratory and clinicians of the Department of Surgery within the University Hospitals of Geneva. 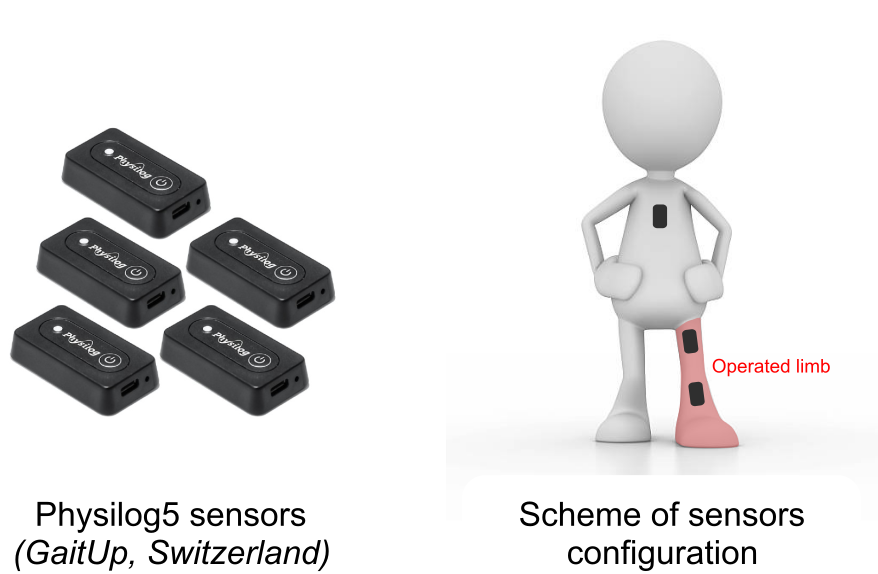 The idea of ​​this project is to evaluate the functional recovery of the knee after total knee replacement in the patient's natural environment.