The Neuroproteomics Group (NPG)’s field of research involves determine, identify and compare proteomes of neural tissues, cells or biological liquids. Samples are mostly of human origin obtained in vivo or at autopsy. Experimental protocols are based on conventional proteomics using, on a routine basis, two-dimensional gel electrophoresis (2-DE) coupled with mass spectrometry (MALDI-TOF/TOF). Particular attention is paid to the quality and specificity of studied samples. Aims of this line of research include the study of biological and molecular mechanisms underlying certain neurological disorders, in particular neurodegenerative and inflammatory conditions, and the identification of diagnostic, prognostic and therapeutic biomarkers. The following projects are currently under way:

1. Establishing a 2-DE map of the human cerebrospinal fluid (CSF)’s proteome and identifying as many proteins as possible including their post-translational modifications. This master map allows comparisons with the CSF of patients with various neurodegenerative diseases, including Parkinson’s disease (PD), Alzheimer’s disease and amyotrophic lateral sclerosis.

2. Analyzing by 2-DE the immunological profile of the CSF from patients with multiple sclerosis (MS) including the formation of oligoclonal bands typical of this condition. Our analyses currently suggest that the proteomic signature of the intrathecal synthesis of immunoglobulins exhibits some specificities that may distinguish oligoclonal bands from MS compared to other inflammatory conditions of the central nervous system. We are also conducting a study on the immunological profile of tears from MS patients based on literature data suggesting that tears may also contain oligoclonal bands.

3. Determining the 2-DE proteome of the substantia nigra obtained at autopsy from patients with PD and from normal controls. In addition, various proteomic strategies will be used to study mesencephalic dopaminergic neurons extracted by laser capture microdissection (LCM).

4. Comparative and longitudinal proteomic analyses of embryonic stem cells differentiated into a dopaminergic neuron phenotype. The aim of this study involves establishing a map of the protein modifications occurring over time during this differentiation process induced in cell culture. 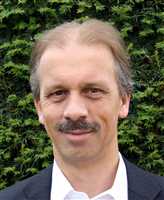