Work in the lab aims at understanding the molecular/cellular mechanisms controlling the assembly of cortical circuits and the role of psychiatric-relevant risk genes in this process. More specifically, our goal is study how altered genetic programs and activity-dependent processes can disrupt the migration and specification of neuronal subtypes and lead to abnormal cortical connectivity.

Among relevant molecular targets we are currently focusing on specific subtypes of serotonin receptors that are specifically expressed in neuronal subtypes during the assembly of cortical circuits. Recent approaches in the laboratory aim at understanding the role of these different serotonin receptors during the migration/differentiation of different neuronal subtypes. Finally, studies are devoted to understand the genes that control the identity/diversity of specific interneuron subtypes that are derived from the caudal ganglionic eminence (CGE) versus the medial ganglionic eminences (MGE). To do this, we are currently using single-cell RNA sequencing of specific subpopulations of cortical interneurons isolated using fluorescent-assisted cell sorting (FACS).  Gain and loss of function experiments targeting relevant genes are performed in vivo using in utero electroporation.

Collectively, these projects aim to identify genetically-based subclasses of cortical neurons and will provide new insights on the molecular/cellular changes that underlie developmental vulnerability to psychiatric disorders.

The Dayer Lab is part of the Synapsy Centre, whose objective is to understand the biological bases of psychiatric disorders.

The fascinating quest for neuronal origins

Unraveling the biological function of a 22q11 locus gene 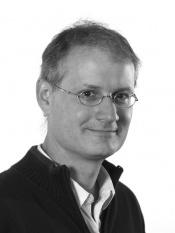