WHO Collaborating Center for Training and Research in Mental Health

gaming disorder recognized as a mental illness by WHO

WHO has officially recognized gambling and gaming disorders as addiction in the new revision of the International Statistical Classification of Diseases and Related Health Problems. 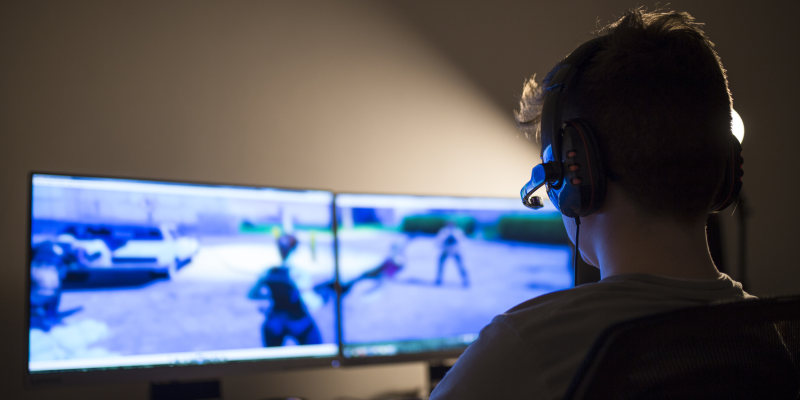 During the past four years we have served as experts for the development of WHO guidelines in both mental health (link) and aging (link).

Our WHO CC has now a strong, international reputation particularly through its work in the field of dementia, substance abuse, and global mental health:

-         We conducted a global survey, under the auspices of the WHO, to identify the research priorities to be addressed in the next 10 years with the greatest potential to reduce the global burden of dementia (link).

-         We worked with the Swiss OFSP and significantly contributed to the design and development of the WHO global strategy on a public health response to dementia (PDF), which was adopted by the WHA in May 2017 (link).

-         We also collaborated with WHO and several international experts to design, develop and pilot the Global Dementia Observatory, the WHO global surveillance platform used to monitor progress as the dementia plan is deployed globally (link).

-         We wrote the final report of the six-years collaboration between WHO and the Gulbenkian Global Mental Health Platform. This report, entitled “Policy Options on Mental Health” (link), constitutes a comprehensive yet practical source of information and inspiration for national policy and decision-makers, and for all mental health stakeholders willing to contribute to the implementation of the WHO Mental Health Action Plan 2013-2020 (link) at a national and international level. The report was launched in November 2017 and it has relevant implications for the Swiss Confederation and for the Geneva canton as well, because the 32 policy options we identified are relevant for and useful to strengthen the response of all sectors to the unmet needs of people with mental disorders also at a national and cantonal level.

A public health approach to mental health and aging is imperative in the SDGs era. We look forward to continuing our work, and to cementing and nurturing our collaboration with the Swiss OFSP, the WHO and its numerous international partners in both high and low-income countries, in order to contribute to the improvement of the world’s population’s health and wellbeing.

A. Development of mental health French speaking network for the WHO revision of ICD-10 (Dr Othman Sentissi)

B. Support the WHO global activities on public health aspects of dementia (Prof. Emiliano Albanese):

We act as international experts for the formulation of scoping questions, the conduction of systematic reviews and GRADE of the evidence for the WHO GDG. We officially and actively participate to the annual mhGAP forum.

B.2. mhGAP dementia Evidence-based recommendations for management
of dementia in non-specialized settings, and mhGAP intervention guide

We are part of the experts team that collaborates with the WHO to design the structure, revise the content and envisage the piloting, evaluation and implementation steps of the mhGAP intervention guide.

Prof. Albanese has contributed as main author to a number of World Alzheimer Reports in the past years; from the global epidemiology of dementia, to its risk and protective factors and nutritional aspects in clinical management.

B.4. WHO First Ministerial Conference on Global Action Against Dementia 2015

Our WHO CC has been one of the key academic contributor to this WHO historic event, which paved the way towards the development of a “Global Dementia Action Plan” led by the WHO.

B.5. Setting Global Dementia Research Priorities (conduction of a CHNRI exercise) – in progress

Prof. Albanese is part of both the WHO Advisory and Expert groups that have conducted, during 2015 a CHNRI global exercise to establish the research priorities in the field of dementia. The goal of this unprecedented exercise is to assist policy makers, funders and Member States to develop a sound, informed and coordinated research agenda to advance dementia research globally, and reduce the burden of the disease worldwide.

Preliminary results of the Prioritization exercises were presented at the WHO Ministerial Conference in 2015.

As of June 2016, we are finalizing a WHO report and a peer-reviewed publication to maximize the dissemination of the results.

A complex and structured mapping of all funded dementia research worldwide has been conducted. The results of this ambitious survey are now being combined with those of the research prioritization exercise (above) to inform the research agenda optimizing investments.

B.7. Global Dementia Observatory – in progress

The purpose of the Global Dementia Observatory (GDO) is to provide evidence-based service planning and strengthening of policies in health and social care systems with comparable indicators. It will include data on burden and impact; policy; services and resources; as well as research and innovation. The Global Dementia Observatory will also function as a knowledge translation and exchange platform.

Our WHO CC is actively involved in the development, piloting and scaling up of the GDO, also in collaboration with the Swiss Office Fédéral de Santé Publique (OFSP/ BAG).

iSupport is an online platform for caregivers and family members of people with dementia. It includes educational and training contents, and a unique algorithm used to tailor the use of the platform dynamically and to best respond to the actual needs of the carers through the progression of dementia.

Our WHO CC has designed and developed the aforementioned algorithm with support from the Association pour la Recherche sur Alzheimer (anciennement Association IFRAD Suisse; https://recherchealzheimer.ch/)

Prof Albanese is part of the Steering Group who gave advice and contributed to the development of the WHO iCOPE guidelines aimed at providing a new evidence-based approach for health care providers for prevention of declines in intrinsic capacity (physical and mental) and care dependence in older age.

Prof Albanese wrote the chapter on epidemiology and impact of dementia.

B.11. Timely diagnosis of dementia and cognitive decline in collaboration with
Prof. Giovanni Frisoni and LANVIE

The WHO CC promotes all research and clinical efforts directed towards a substantial improvement of timely diagnosis of dementia. Prof. Albanese collaborates with Prof. Frisoni and Dr. Idris Guessous (HUG: http://www.hug-ge.ch/medecine-premier-recours/unite-epidemiologie-populationnelle-1) to integrate dementia and cognitive impairment into the Bus Santé annual population-based surveys  conducted in Geneva.

C. Support the WHO global activities in the area of substance abuse (Prof. Daniele Fabio Zullino and Dr. Sophia Achab)

This collaborating activity mainly consists in providing expert opinion and involvement in WHO projects and also logistical support to WHO; in the field of substance and non substance use disorders (gambling disorder and Internet related disorders including gaming disorder) and their public health implications. Perspectives are for example the field testing participation for ICD-11 criteria and clinical research projects.

C.1. Participation to the field testing of ICD-11 for addictive disorders (planned)
C.2. Preparation and participation to WHO meetings on public health implications
of behavioral addictions associated with excessive use of Internet, computers,
smart phones and similar electronic devices 2014-2016

C.3. Participation to Development and dissemination of WHO guidelines
on Community management of opioid overdose (2014)

C.4. Participation to the update of Atlas on substance use based on the Global survey (2014-2015)

C.5. Participation to the update and dissemination of Mental Health Gap Action Programme (mhGAP)
intervention guide for Mental, Neurological and Substance use disorders (2014-2015)

In 2011 the National Statistics Institute of Cameroon indicates that 42% of mothers in Cameroon are aged from 12 to 19. They have early sexual activity and multiple partners and this puts them at high risk of sexually transmitted diseases and pregnancy, while 53% receive no perinatal care. In addition, a considerable number of these teenage mothers are victims of rape. These mothers are often abandoned by the child's father and by their own families and are forced to abandon their studies. This psycho-social vulnerability puts them at a high risk of mental illness with a direct impact on the mother and the baby’s health. Indeed, cases of maternal suicide and infanticide are common in Cameroon and when the situation is not so extreme, the mother’s mental illness puts the child at risk of developmental delay.

This project has started on may 2014 and aims to evaluate 1000 tenn-aged mothers on psychosocial aspect and take care more than half of them.

The project has achieved the following goals: 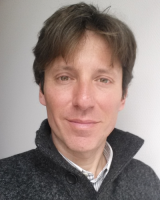 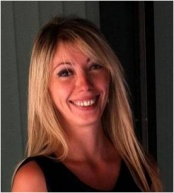 WHO - Department of Mental Health and Substance Abuse (MSD)

Policy options on mental health: discover the WHO report written by members of the Collaborating Centre: 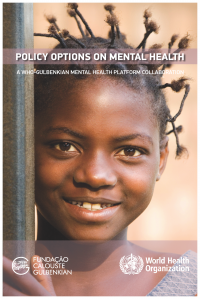