Understanding why Eating Disorders develop
We have several ongoing and planned collaborative projects focusing on this area of research, based on genetic, neuroimaging, behavioural and neuropsychological tools.

Amongst these projects are two projects funded by NIMH investigating the role of genetic risk for Anorexia Nervosa (AN) and Obsessive Compulsive Disorder  (OCD) in phenotypic manifestations of AN, OCD and their overlap. We are also investigating whether genetic risk for AN (indexed by a polygenic risk score –PRS) and for obesity are associated with Eating Disorders, growth and metabolic phenotypes, as well as childhood eating behaviours.

These projects are co-led with the University of North Carolina (Prof. S Zerwas and C. Bulik) and build on our long-standing collaboration with the Avon Longitudinal Study of Parents and Children (ALSPAC) cohort.

A third ongoing project focuses on understanding the neurobiology of the newly defined Avoidant and Restrictive Food Intake Disorder (ARFID) is a co-lead with Massachusetts General Hospital, using neuroimaging, hormone assays and behavioural tasks we are aiming to better characterise ARFID phenotypically and biologically and to understand its outcomes.

Intergenerational effects of Eating Disorders
The investigation of intergenerational effects in eating disorders spans across several study designs, existing studies, and collaborations, both in population-based samples and clinical samples. Our research focuses on biological (methylation, neuroendocrine etc.) and environmental pathways that might lead to adverse child outcomes. In the UK we have been investigating the effects of maternal eating disorder symptoms, nutrition and stress on the developing foetus and infant (including obstetric outcomes, feeding, growth, development and stress response in mothers and infants) using a clinical sample. This work will lead to the development of specific prevention and early intervention strategies and clarification of the effects of maternal eating disorders on their offspring. 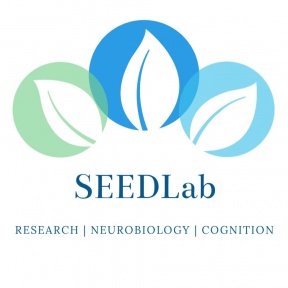