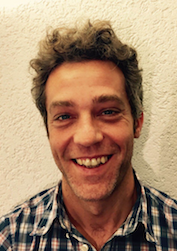 After his training in psychiatry, Marco Armando conducted a PhD in “prevention and early intervention in first episode of psychosis” at Birmingham University under the supervision of professor Maximilian Birchwood. During his PhD he also started his collaboration with professor P. McGorry and professor B. Nelson from the Early Psychosis Prevention and Intervention Centre in Melbourne where he conducted research on Attenuated Psychosis Syndrome (APS) and Psychotic Experiences (PE) in clinical and general population. After completing the PhD, he gained a senior research position at the Neuroscience Department of the Research Children’s Hospital Bambino Gesù in Rome where he had the opportunity to deepen his research interest in environmental and genetic factors involved in the pathways to psychotic onset. More recently, he developed an extensive experience in 22q11 deletion syndrome (22q11DS) and in Clinical High Risk for Psychosis criteria in children and adolescents. Indeed, from 2012 to 2015 he directed an outpatients service dedicated to children and adolescents with 22q11DS and/or psychotic disorders. He joined the Developmental Imaging and Psychopathology Lab in October 2015.