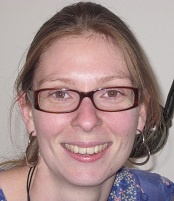 Anthe is working at the department of Geography as a research assistant on the TRIG 2 project: “Habiter (un temps) le périurbain : Trajectoires résidentielles, identités et catégories géographiques”.
She will be developing her doctoral thesis within the framework of this project, which will be quantitative oriented using longitudinal data from the Swiss Household Panel.

After her studies she has worked one year as a research assistant at the department of Demography at the University of Groningen, the Netherlands, where she conducted research on regional mortality differences in the Netherlands.