The Odyssey, from Myth to Photography. Victor Bérard and Fred Boissonnas on the trail of Ulysses

A research project funded by the Swiss National Science (FNS) and led by Estelle Sohier and Jean-François Staszak, with Raphaël Pieroni.

The Odyssey of Homer is one of the fictional works that has fed the geographic imaginary of the Mediterranean since antiquity.  In the history of efforts to make the text correspond to the Mediterranean space, the vast endeavor of the Hellenist, geographer, and politician Victor Bérard (1864-1931) and of the photographer Fred Boissonnas (1858-1946) stands out.  A translator of Homer, Bérard set out with the Genevan photographer in 1912 on a months-long journey to prove, through photographs, that the Homeric poems were not merely fiction, but could be read  as a faithful description of the Mediterranean at time of the Phoenicians. The Odyssey was thus considered a veritable “geographic document.”  This hypothesis, since refuted, provoked admiration, debate, and controversy up until recent times. The discovery of an unpublished body of photographs conserved at the Bibliothèque de Genève, and the bringing to light of an ensemble of unexploited written sources, has allowed however a reconsideration of the history and significance of these documents.

This project has several objectives: in part, it seeks to reconsider the artistic, scientific and political scope and nature of the photographic project of V. Bérard and F. Boissonnas, drawing on recent work on Victor Bérard under the direction of the Ecole française d'Athènes, and on Fred Boissonnas undertaken at the University of Geneva. But, more broadly, their endeavor also offers a novel and remarkable case study for examining the notions of a geographic imaginary (Mediterranean imaginaries, colonial imaginaries), the scientific application of photography, the history of geography and its methods for interpreting landscapes, and finally the possible forms of interconnection between geography and fiction. 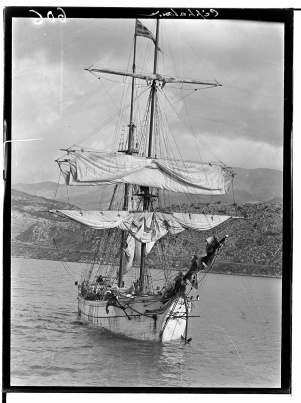