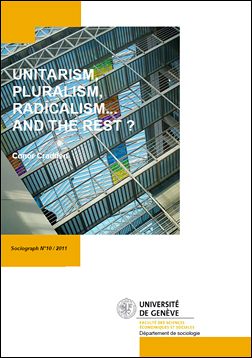 Unitarism, pluralism, radicalism ... and the rest ?

The academic field known in the English-speaking world as ‘industrial relations’ (IR) has little institutional presence in the universities of continental Europe and those other parts of the world where anglosaxon modes of analysis are not dominant. Rather than focussing on wider questions of social relations, it has historically concentrated on worker and employer organization and collective behaviour, workplace conflict over work-related matters, and (in particular) the regulation of the formal employment relationship, whether via the law or collective bargaining. Thus, for example, during the 1980s, IR research in the UK was dominated by analyses of the effect of the Thatcher administration’s labour law reforms on collective bargaining and industrial action and on the responses of unions to ‘attacks’ on their established institutional position and prerogatives.

One of the most important theoretical developments in this Anglophone research tradition was the publication in 1966 of a paper written for a UK government commission of inquiry into workplace relations. The author, Alan Fox, used this paper to introduce what he called the ‘frames of reference’ approach to IR. His book Beyond Contract, in which he added a third frame of reference to the two he had previously identified, followed in 1974. Since then, IR as an academic discipline has seen few if any truly significant theoretical developments. This paper argues that the essence of Fox’s theory – the idea that subjective conceptual structures condition attitudes and behaviour in economic and organizational contexts – remains valid, but that there is a need both to broaden and to deepen Fox’s work. First of all there is a need to add to the categorisation of ‘ways of seeing’ economic and organizational phenomena. Second, there is a need to better understand how social learning processes lead to the adoption or rejection of different frames of reference. These learning processes include both analyses of the functional efficacy of conceptual models and the evaluation of the outcomes of social action against normative standards. The principal aim of this paper is to address the first of these needs, although it will also make some proposals with respect to the second. The theoretical resources required for these tasks are drawn from the work of Jürgen Habermas..