The JW Space Telescope already delivered a new record-breaking galaxy in its first week of operations. Our team analyzed some of the first images coming from the NIRCam instrument and found two very luminous galaxies in one of these fields: the GLASS ERS program. The two sources GLASS-z11 and GLASS-z13 lie at estimated redshifts of z~11 and z~13, respectively. This means they existed at a time when the Universe was a mere ~300-400 Myr old. The light of these galaxies thus had to travel for 13.4 and 13.5 Billion years to reach us. Surprisingly, the two sources have already built up an estimated 1 Billion solar mass in stars in a very short amount of time.

GLASS-z13 lies at an even larger distance than the previous record holder from HST: GN-z11. While there are other candidates galaxies that might lie at an even larger distance, this is by far the most secure source to date. However, JWST will certainly discover more distant galaxies in the very near future. By pushing our observational horizon to these distant sources, we are trying to answer the big questions: when did the Universe transition from a dark to a luminous place and when did the first galaxies ever form?

Our paper has been submitted to ApJ Letters and was posted on the preprint server (see here for the preprint version). The GLASS team also found these two galaxies (among others) in a separate analysis (see here).

Images of the most distant galaxy, GLASS-z13 can be found below. 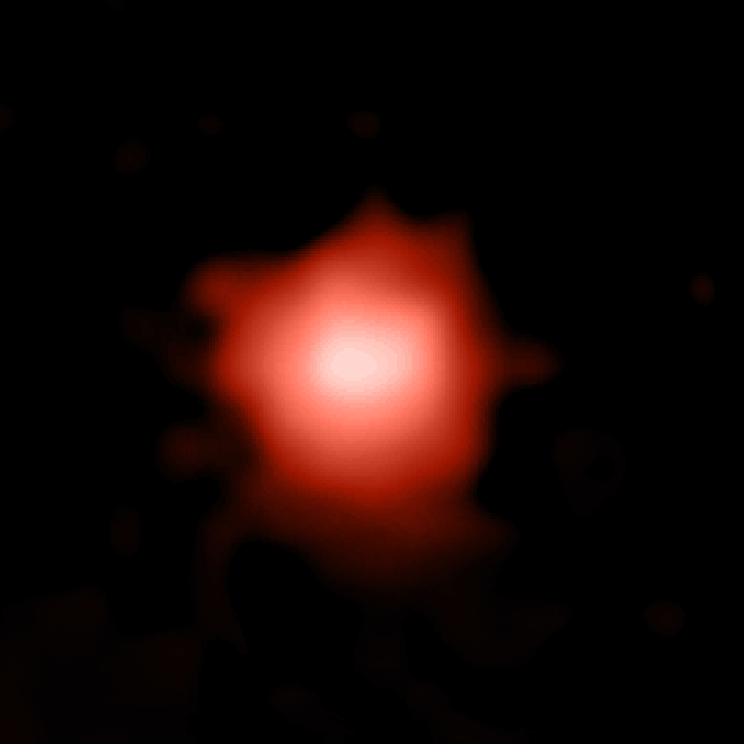 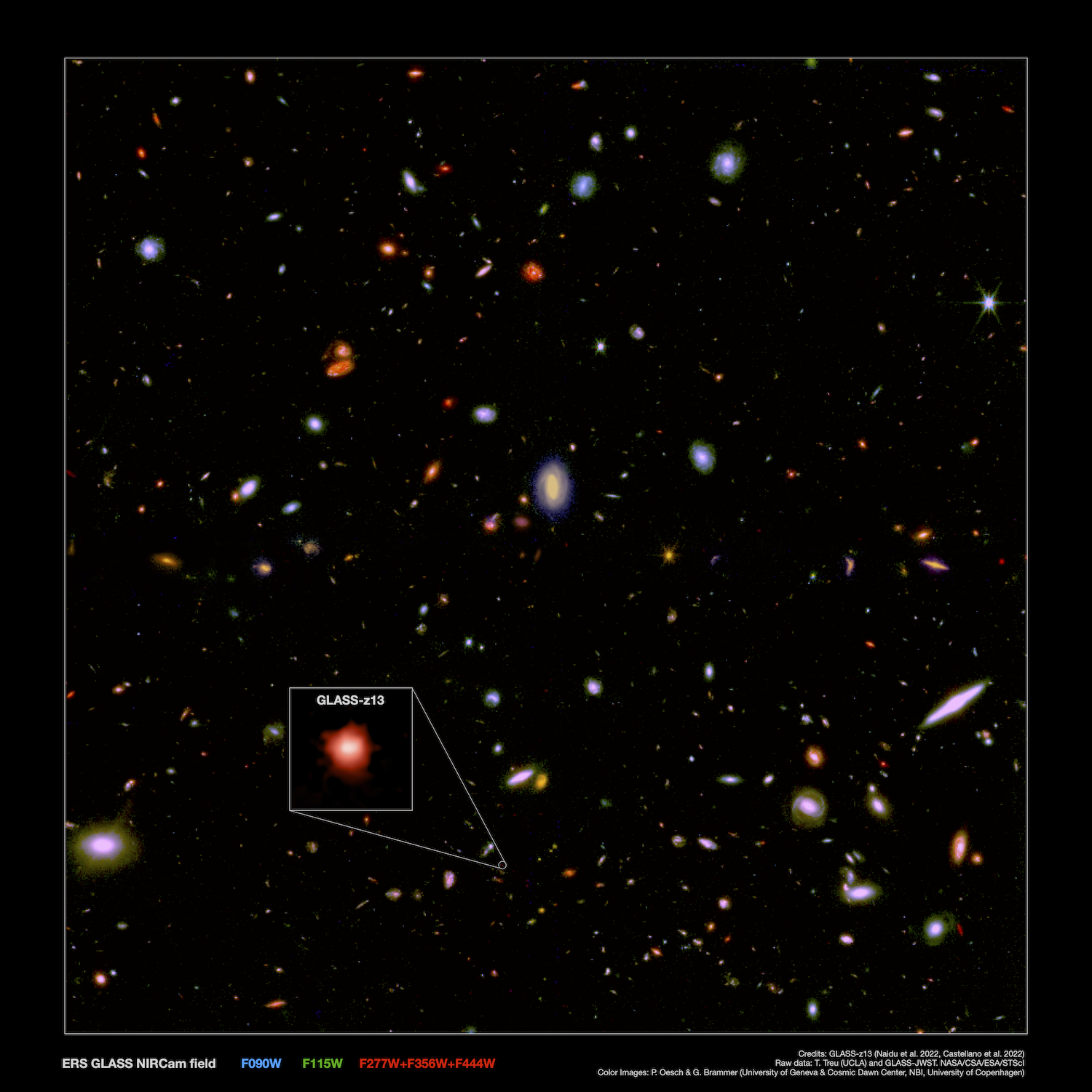 The second galaxy identified in our paper, GLASS-z11, is also at very large distance. Even if this is not record-breaking, the discovery of these two galaxies tell us that galaxies have started to form very early in the Universe. 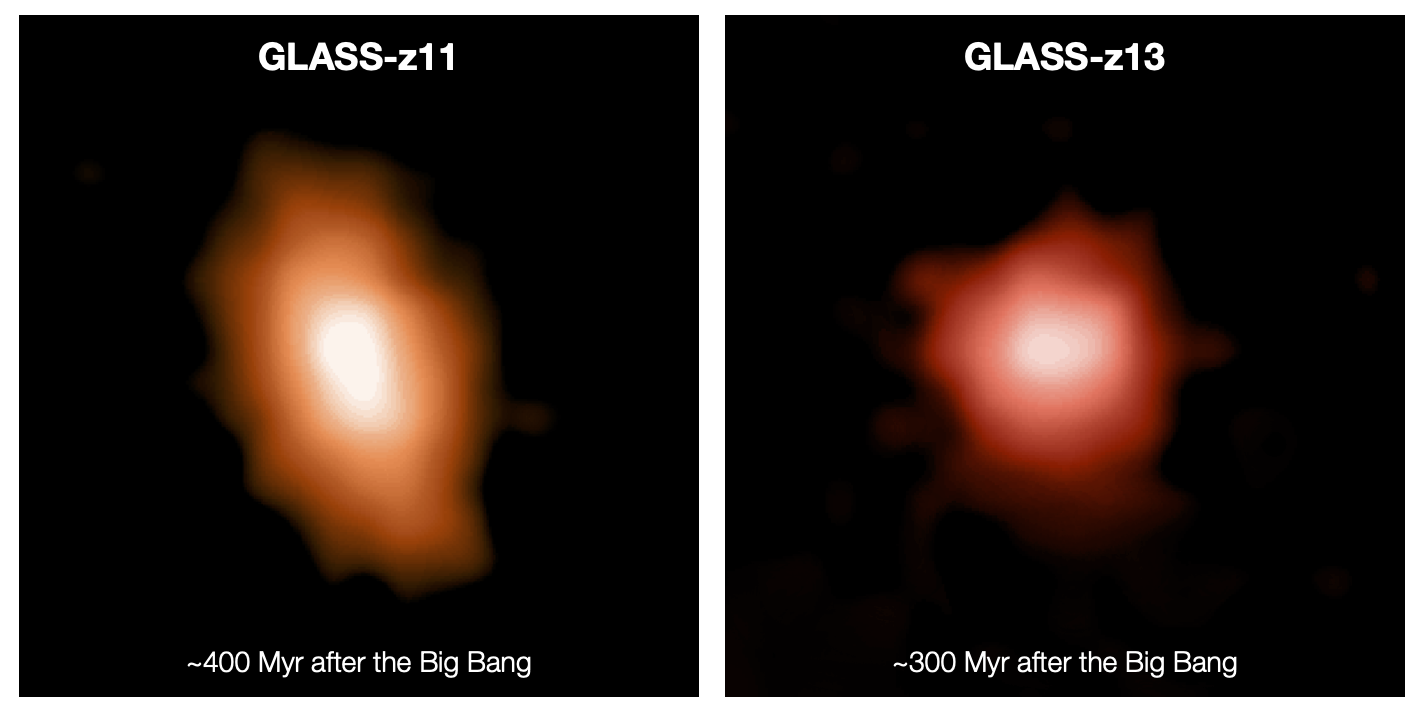 And a local radio interview (in French) is here.