The European consortium for the data processing and analysis of the Gaia satellite, led by the European Space Agency (ESA), has published its third catalogue. This valuable information, derived from observations of nearly 2 billion sources, will help astronomers to map our galaxy ever more precisely in three dimensions. As part of this new release of an unprecedented scale, the University of Geneva (UNIGE) has taken on the analyse of the variations in the luminous intensity of stars. This is key data for determining certain characteristics of stars. The entire catalogue is now available online. 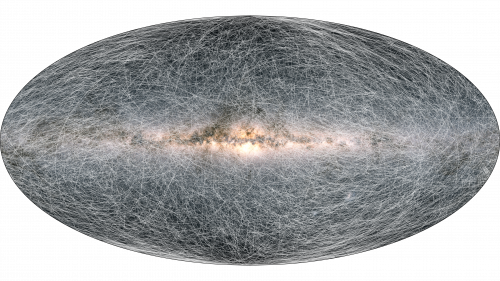 Mapping our galaxy - the Milky Way - in three dimensions with unprecedented precision. This is the objective of the Gaia mission launched in 2013 by the European Space Agency (ESA), in which more than fifty institutions and research centers, including the UNIGE, are participating. Positioned 1.5 million kilometers from the Earth, in the opposite direction to the Sun (Lagrange point L2), the Gaia satellite collects precious data on the stars thanks to its dual-field of view telescope and its billion-pixel camera. These data are processed by nearly 500 researchers, mainly based in Europe.

“The Gaia mission is unique, explains Marc Audard, Senior Lecturer in the Department of Astronomy at the UNIGE Faculty of Science. Nearly 2 billion sources have been identified - about 1% of the total number of stars in our galaxy - and each of them has been observed on average 50 times. This is a real Big Data project.” The Gaia satellite continuously surveys and observes stars sometimes tens of thousands of light years away but also asteroids, stars with extrasolar planets and distant galaxies. Its launch has increased the number of objects observed by a factor of 10,000 and the accuracy of the data by a factor of 100.

After the publication of two catalogues, in 2016 and 2018, the Gaia mission is now unveiling a new release - Gaia Data Release 3 (DR3) - that pushes the boundaries of our knowledge even further. “Each new Gaia data release allows for an exponential growth in the sources and types of data collected. Here, not only are the positions, distances and motions of stars much more detailed, but we are publishing nearly ten million sources of variable light intensity, classified and studied in detail. Moreover, we have been able to do this for nearly 30 types of variable sources - such as eclipsing binaries or pulsating stars, for example - compared with only 6 for DR2,” explains Laurent Eyer, Senior Lecturer in the Department of Astronomy at the UNIGE Faculty of Science and coordinator of the consortium unit on variability.

At its Ecogia site in Versoix, the University of Geneva has measured the variability of the light emitted by stars. This is particularly useful for determining their characteristics - their mass and radius for example - but also for calculating distances in the Universe. “Our job at the UNIGE is to digest and prepare this data, which is very complex to handle as it stands, so that the scientific community can use it,” says Laurent Eyer. To process this colossal mass of information - 2 billion sources and nearly 400 billion photometric measurements - the UNIGE team has resorted to artificial intelligence, and more precisely to machine learning.

Available to scientists but also to the public

“We do science with a view to serving the community,» continues Marc Audard. Each Gaia Data Release has a major impact on astronomy and leads to the publication of numerous scientific articles. Some research centres even anticipate the development of algorithms to process the data in the catalogue.” This data is available to the scientific community but also to the general public.

The consortium has already announced the publication of nearly 50 scientific articles based on “DR3” - many of which the UNIGE team is first author or co-author - including 17 of which stemming from the variability analysis. The publication of the previous catalogue generated a total of 6000 articles. Papers dealing specifically with Gaia data are regularly among the most cited in the field of astronomy. For the UNIGE team, the challenge will be to further increase the amount of information processed in Geneva. It hopes to reach 100 million variable sources within a few years.