The stellar nurseries of distant galaxies

Star clusters are formed by the condensation of molecular clouds, masses of cold, dense gas that are found in every galaxy. The physical properties of these clouds in our own galaxy and nearby galaxies have been known for a long time. But are they identical in distant galaxies that are more than 8 billion light-years away? For the first time, an international team led by the University of Geneva (UNIGE) has been able to detect molecular clouds in a Milky Way progenitor, thanks to the unprecedented spatial resolution achieved in such a distant galaxy. These observations, published in Nature Astronomy, show that the distant clouds have a higher mass, density and internal turbulence than the clouds hosted in nearby galaxies and that they produce far more stars. The astronomers attribute these differences to the ambient interstellar conditions in distant galaxies, which are too extreme for the molecular clouds typical of nearby galaxies to survive. 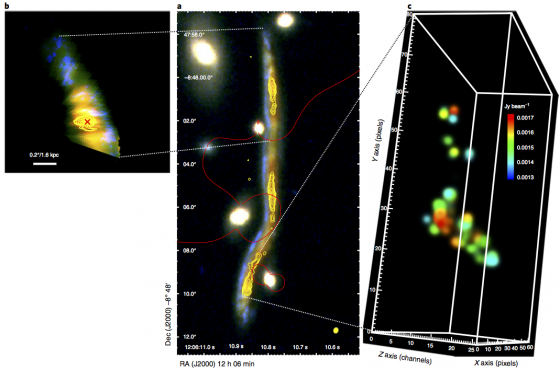 Figure 1 of the publication in Nature Astronomy

Molecular clouds consist of dense, cold molecular hydrogen gas that swirls around at supersonic velocities, generating density fluctuations that condense and form stars. In nearby galaxies, such as the Milky Way, a molecular cloud produces between 10+3 and 10+6 stars. In far-off galaxies, however, located more than 8 billion light-years away, astronomers have observed gigantic star clusters containing up to 100 times more stars. Why is there such a difference?

To answer this question, the astronomers were able to make use of a natural telescope – the gravitational lens phenomenon – in combination with ALMA (Atacama Large Millimetre / Submillimetre Array), an interferometer made up of 50 millimetric radio antennas that reconstruct the entire image of a galaxy instantly. “Gravitational lenses are a natural telescope that produces a magnifying-glass effect when a massive object is aligned between the observer and the distant object,” explains Miroslava Dessauges, a researcher in the Department of Astronomy in UNIGE’s Faculty of Science and first author of the study. “With this effect, some parts of distant galaxies are stretched on the sky and can be studied at an unrivalled resolution of 90 light-years!” ALMA, meanwhile, can be employed to measure the level of carbon monoxide, which acts as a tracer of molecular hydrogen gas that constitutes the cold clouds.

This resolution made it possible to characterise the molecular clouds individually in a distant galaxy, nicknamed the “Cosmic Snake”, 8 billion light-years away. “It’s the first time we’ve been able to pinpoint molecular clouds one from each other,” says Daniel Schaerer, professor in UNIGE’s Department of Astronomy. The astronomers were therefore able to compare the mass, size, density and internal turbulence of molecular clouds in nearby and distant galaxies. “It was thought that the clouds had the same properties in all galaxies at all times, continues the Geneva-based researcher, but our observations have demonstrated the opposite!”

These new observations revealed that the molecular clouds in distant galaxies had a mass, density and turbulence 10 to 100 times higher than those in nearby galaxies. “Such values had only been measured in clouds hosted in nearby interacting galaxies, which have interstellar medium conditions resembling those of distant galaxies,” adds Miroslava Dessauges. The researchers could link the differences in the physical properties of the clouds with the galactic environments, which are more extreme and hostile in far-off galaxies than in closer galaxies. “A molecular cloud typically found in a nearby galaxy would instantly collapse and be destroyed in the interstellar medium of distant galaxies, hence its enhanced density and turbulence guarantee its survival and equilibrium,” explains Miroslava Dessauges. “The characteristic mass of the molecular clouds in the Cosmic Snake appears to be in perfect agreement with the predictions of our scenario of fragmentation of turbulent galactic disks. As a result, this scenario can be put forward as the mechanism of formation of massive molecular clouds in distant galaxies,” adds Lucio Mayer, a professor at the Centre for Physical and Cosmological Theory at the University of Zurich.

The international team also discovered that the efficiency of star formation in the Cosmic Snake galaxy is particularly high, likely triggered by the highly supersonic internal turbulence of the clouds. “In nearby galaxies, a molecular cloud forms about 5% of its mass in stars. In distant galaxies, this number climbs to 30%,” observes Daniel Schaerer.

The astronomers will now study other distant galaxies in order to confirm their observational results obtained for the Cosmic Snake. Miroslava Dessauges says in conclusion: “We’ll also push the resolution even further by taking advantage of the unique performance of the ALMA interferometer. In parallel, we need to understand in more detail the ability of molecular clouds in distant galaxies to form stars so efficiently.”

Link to the article in Nature Astronomy

Link to the article on arXiv