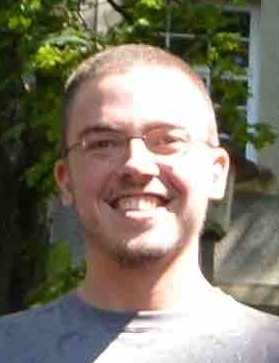 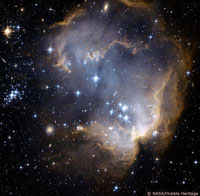 Massive stars are thought to form by accretion, during the gravitational collapse of dense cores in large interstellar clouds. Their properties at birth, such as their mass and angular momentum, rely on the complex hydrodynamics of the collapse.

Due to their high luminosity, massive stars exert a strong radiative feedback on the surrounding gas and dust during their formation. In particular, their ultraviolet radiation field usually ionises large regions in their vicinity, which might disrupt the accretion process. However, the ionising flux depends significantly on the accretion process. [Publications: Haemmerlé et al. (2016); Haemmerlé & Peters (2016)]

The recent discovery of quasars at high redshifts, hosting supermassive black holes, challenges our understanding of the early Universe. The accumulation of billion solar masses in a compact object in less than a billion years requires extreme conditions. The most promising scenario for the formation of such objects is the direct collapse of a primordial halo. In this scenario, the direct progenitor of the black hole is a supermassive star of about 300'000 times the mass of the Sun. At such masses, the corrections from general relativity trigger the collapse into the black hole. [Woods et al. (2017); Haemmerlé et al. (2018a)]

The death of supermassive stars could be the only sign they leave of their life. The high energies involved in the collapse of such massive objects could trigger the emission of detectable gravitational waves or ultra-long gamma-ray bursts. However, these observational signatures are sensitive to the rotational properties of the star, which depend on the accretion process. [Haemmerlé et al. (2018b); Haemmerlé & Meynet (2019)]