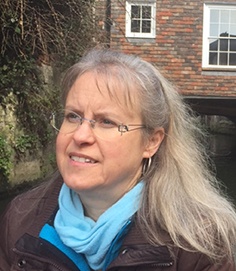 Since 1992, our group has provided extended grids of stellar models for the astronomical community. First the Schaller et al. series of 7 papers on non-rotating models (see ADS), then the series of 13 papers on stellar evolution with rotation (see ADS), and finally the series of 4 papers on rotation and magnetic fields (see ADS).

In the last series, the prescriptions used to treat the effects of rotation were not identical throughout the whole set of models. We thus decided to start the computation of a new set of grids, in which I have been actively participating since my PhD thesis. We provide two different grids:

The results of the smaller grids with dense rotation coverage are published under the generic title "Populations of rotating stars". Two papers have been released, the first one presenting the models, and the second one focusing on the very rapid rotators and their link to Be-type stars.

All the corresponding models can be found through our database page or at the CDS.

My role in the group consists in the stellar evolution code maintenance and development. I’m responsible to ensure its homogeneity through the various contributions and developments brought by the members of the group.

In collaboration with Cyril Georgy I also contribute in developing analysis tools for the Geneva models, as well as the interface for the interactive tools.

The conditions prevailing in the Universe during the first minutes after the Big Bang have allowed the nucleosynthesis of the very light elements as hydrogen, helium, lithium, and traces of carbon or nitrogen. The very first stars to be formed in the Universe a few hundreds of millions years later come from a medium totally deficient in metals. These stars, probably extremely massive, have started to synthesize the heavy elements up to iron during their very short life. Their explosive death allows the enrichment of the primordial medium and the formation of less massive stars, which we may still observe nowadays (as HE0107-5240 or HE1327-2326). These stars exhibit very peculiar chemical abundances at their surface and one may think that it is a chemical signature of primordial stars.

My PhD work consisted in modeling the evolutionary tracks of primordial stars in order to explore the effects of non solid rotation on these objects. Rotation has two major effects: first the extremely metal-poor stars reach easily the break-up limit and may lose a significant amount of mass because of centrifugal force. Then differential rotation induce a strong mixing inside the star. This mixing favours the enrichment of the surface in heavy elements, leading to non negligible stellar winds, and modifies the chemical abundances profiles inside the star. All this will have a very important effect on the enrichment of the surrounding medium, and thus on the evolution of the primordial Universe.