The Swiss 1.2-metre Leonhard Euler Telescope at La Silla was built and is operated by the Geneva Observatory of the Université de Genève (Switzerland). It is named in honour of the famous Swiss mathematician Leonhard Euler (1707–1783). The fully automatic telescope is equipped with three instruments. The CORALIE spectrograph is a high-precision radial-velocity spectrograph mainly dedicated to search for large exoplanets in the southern celestial hemisphere. ECAM (or EulerCam) is an astronomical camera of sub-millimag precision installed at the Cassegrain focus. Several scientific programs are carried out with this camera including a survey of gravitational lenses  to map the distribution of visible and dark matter, the observation of planetary transits, etc. Finally, a small telescope called Pisco is mounted in piggy-bag on the Euler Telescope for the simultaneous photometric observation of the stars observed in spectroscopy with Coralie. 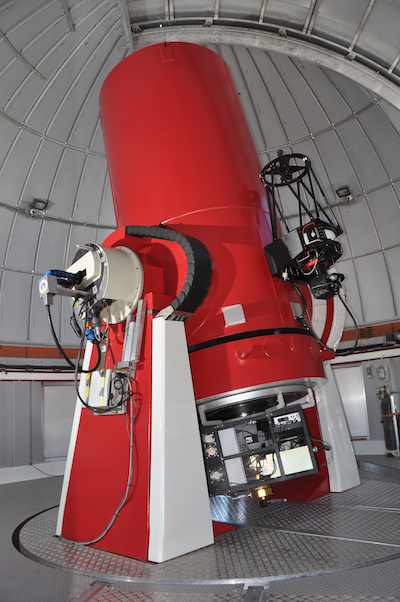