In the same way as the radial-velocity method, precise astrometry takes advantage of the binary nature of a star+planet system, and allows for the detection of the wobble of the central star position on the sky induced by the perturbing effect of the planet. Its sensitivity range is, however, different to that for radial velocities, being more sensitive to planets at larger separations, typically beyond 1 AU (depending on the star distance from the Sun, and the span and precision of the measurements). Interestingly, because the method is much less sensitive to stellar variability, astrometric measurements may be conducted on stars for which radial velocity surveys have difficulty in getting precise measurements (e.g. young stars or massive stars), enlarging the parameter space of planet-search surveys. On the ground, astrometric searches for planets need accuracies that are not routinely reached for bright stars yet. For fainter targets, however, very encouraging results have been obtained with narrow field astrometry on large aperture telescopes that uses a large number of reference stars present in the field of view.

The Geneva exoplanet group is developing scientific activities using astrometry in the framework of several projects: 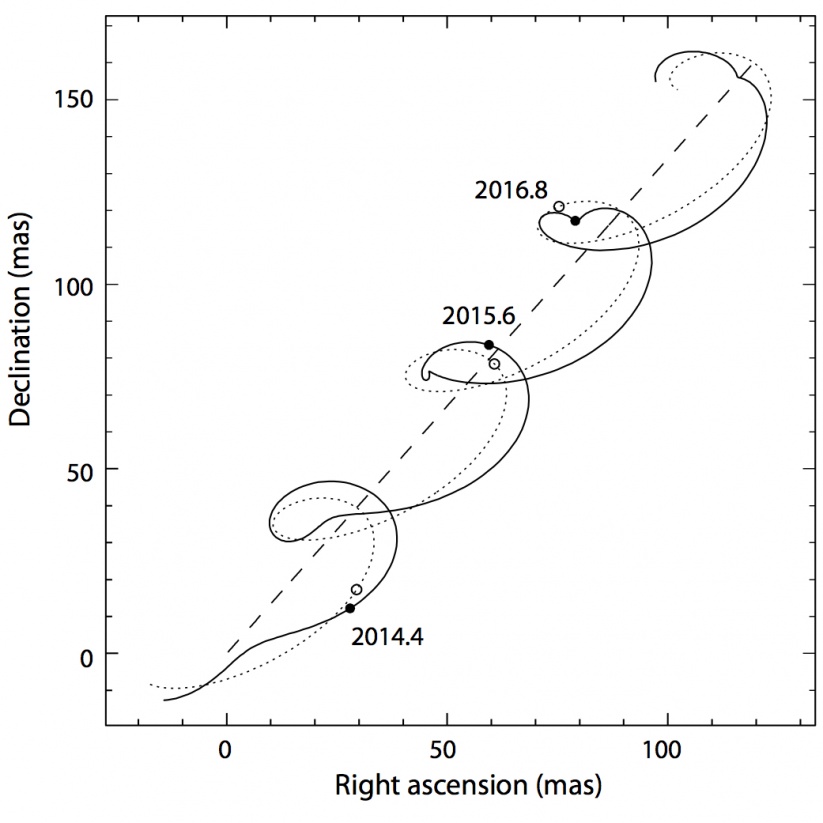 Schematic of the path on the sky of a solar mass star at a distance of 50 pc, with a proper motion of 50 milli-arcsec per year, and orbited by a planet of 15 Jupiter masses, eccentricity 0.2, and semi-major axis 0.6 AU. The straight dashed line shows the system's barycentric motion viewed from the solar system barycenter. The dotted line shows the effect of parallax. The solid line shows the motion of the star as a result of the orbiting planet, the effect magnified 30 times for visibility. Labels indicate (arbitrary) times in years. 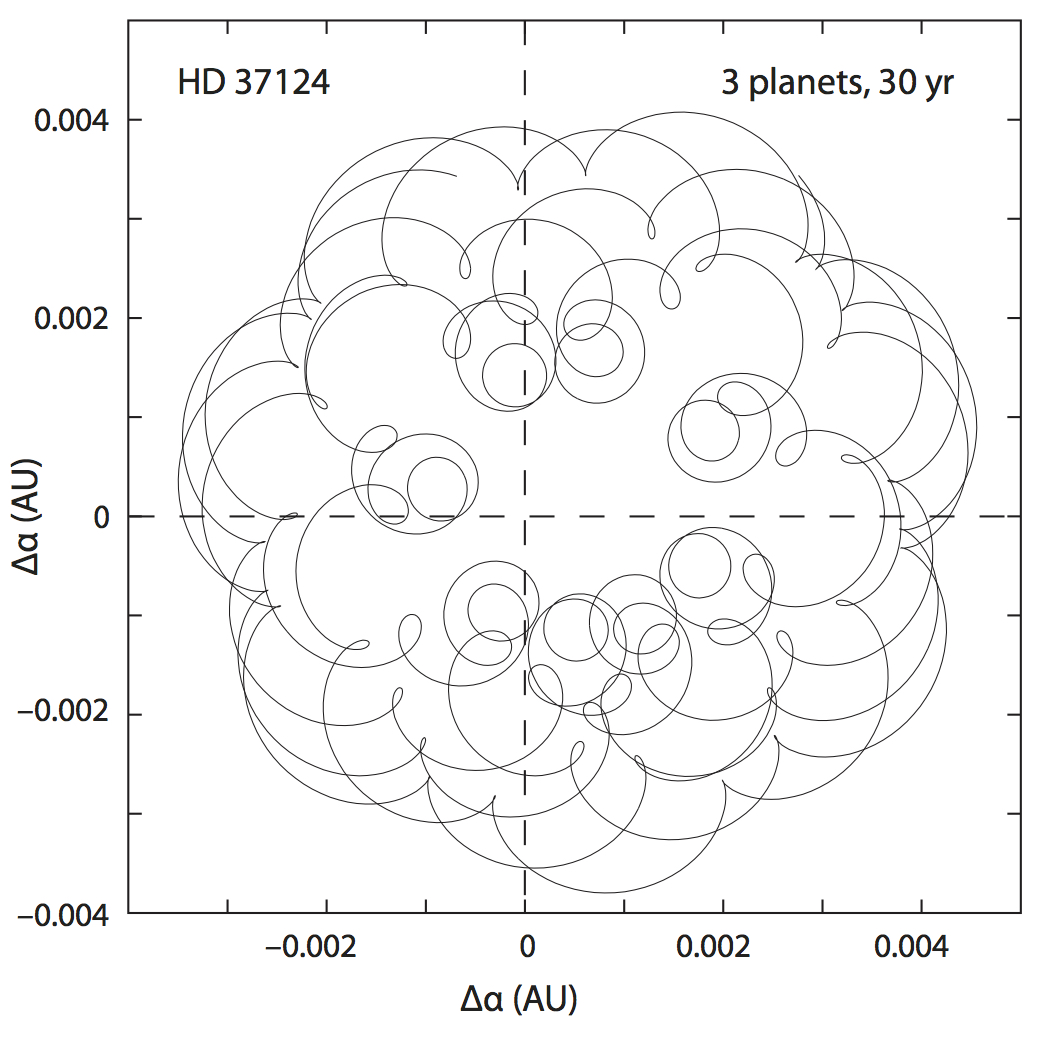 With two or more planets, the star's motion with respect to the system barycenter can be more complex; in this case the projected stellar reflex motion of the 3-planet system HD 37124 is shown over the 30-year interval 2000-2030 (from Perryman & Schulze-Hartung 2011).