Direct imaging is the most intuitive method to search for exoplanets. It “simply” aims at detecting the light emitted by the exoplanet. The difficulty is that the exoplanet is extremely faint compared to the brightness of the star it’s orbiting around. In order to be able to see the little dot representing the exoplanet one has to block the bright light from the star, which is usually achieved by using a coronograph. In addition to that, as the light from the exoplanet travels through the Earth atmosphere it gets smeared out so that adapative optics need to be used which correct for the atmosphere distortion in real time. The SPHERE instrument where Geneva is collaborating at is designed to directly image exoplanets. An alternative is to observe from space with telescopes such as Hubble or the upcoming JWST.

Once an exoplanet is discovered, its movement over the years can be monitored to astrometrically determine its orbit. A precise mass can be determined for the companion when direct imaging is combined with radial velocity measurements. In some cases an emission spectrum of the companion can also be acquired. 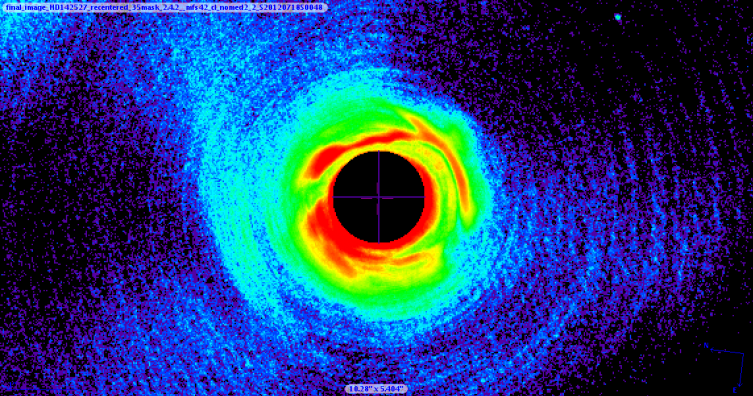 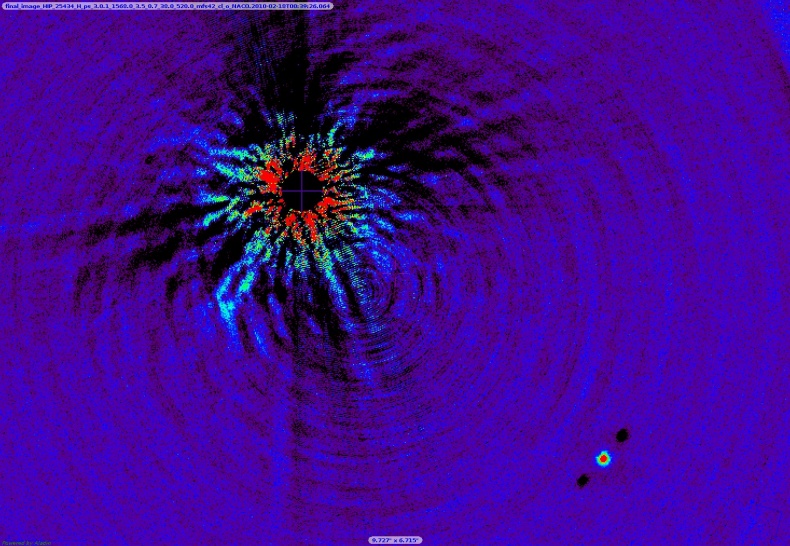