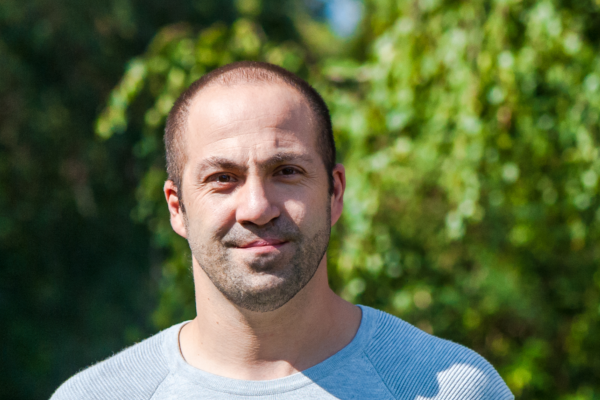 The cell lipid membrane plays an active role in cell development and communication, as well as suffering changes throughout the cell cycle. All these changes, especially the mechanical role of the membrane during the cell division, blebbing and migration, motivated me to take advantage of a fluorescent mechano-sensitive probe synthetized by Stefan Matile’s group. Together with other techniques, I want to study and determinate the relevance of cell membrane tension during these cellular processes.

After my bachelor in agricultural technical engineer in the Rovira i Virgili University, in Tarragona (Spain), I have been interested on nanotechnologies making a master on Nanoscience and Nanotechnology in the University of Barcelona (Spain) with special interest on microfluidic.

I switched to protein membrane physics under the supervision of Simon Scheuring for my PhD (between Institute Curie, Paris (France) and Marseille (France), University Aix-Marseille). I used the high speed atomic force microscopy (HS-AFM) to study dynamics on molecule resolution of native lens membrane proteins, first on supported bilayers and later I adapted an optical microscopy on the HS-AFM, which give us the opportunity to observe the membrane proteins dynamics directly on cells.

Since January 2014, Aurélien Roux give me the opportunity to do a Post-Doc with him and to deepen on membrane mechanics.