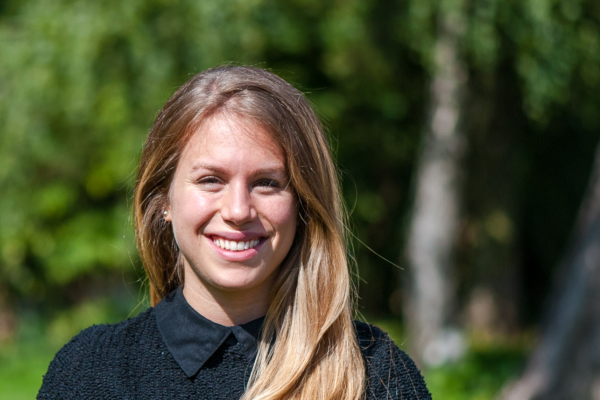 During my PhD, I am interested in better understanding the coupling between cell division and growth with 3D confinement in tissue, such as curvature and area. To quantitatively investigate this coupling, I grow epithelia inside alginate microcapsules, which I produce using a 3D printed microfluidic device (Alessandri K. et al., 2016). Because shell thickness and capsule size can be tuned, I can quantify cell division and growth as a response to curvature and rigidity. Using this model, I hope to uncover the relevance of cell division and growth during the establishment of epithelial tissues and consequently in crowded environments that establish within complex constricted geometries.

I am a PhD student in the Roux Lab since October 2015. Prior to coming to Geneva, I did my studies in the UK, where I obtained my bachelors degree in Biological Sciences at the University of Warwick. After my undergraduate, I obtained my MRes degree in Cell Biology from UCL in London, during which I worked on characterising a novel clathrin-independent route of endocytosis. Next, I joined the lab of Aurélien Roux for my PhD to work on a fascinating project that involves the use of a  3D-printed co-extrusion device to encapsulate epithelial cells and study the coupling between mechanics within a growing tissue, such as its curvature and stiffness, with growth and proliferation of cells in that tissue.