Advances in the study of the properties of superconducting materials

Physics selected this research as one of the eight highlights of 2017.

In a superconductor, the electrons experience very peculiar interactions whose most surprising effect is a total loss of electrical resistance. These materials are therefore promising for future applications, especially since some of them work at the temperature of liquid nitrogen. The mechanism behind these exceptional properties remains mysterious, though. Studying these materials when they are immersed in a magnetic field is a way of testing the nature of the interactions at the origin of superconduc­tivity, by opening a window on the electrons that live in the non-superconducting state, which prevails at the core of the magnetic flux lines (vortices). Moreover, understanding the electronic nature of the vortex cores is crucial for mastering the pinning of these flux lines within a material, knowing that their mobility is the limiting factor for many existing and future technological applications of superconductors. 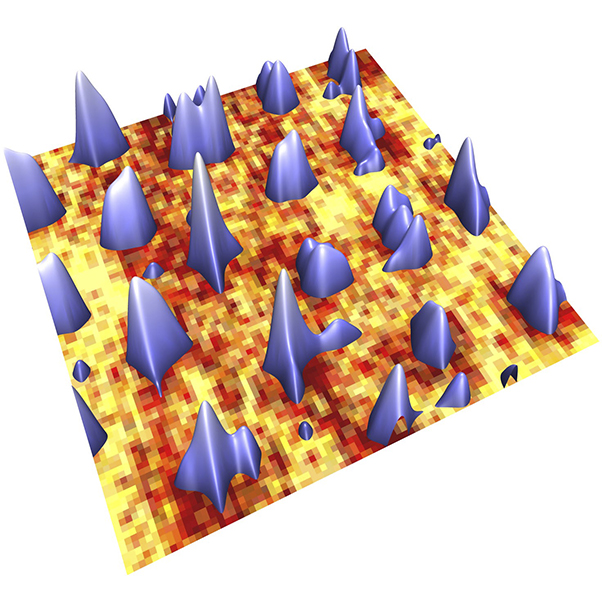 In 2016, physicists from the Faculty of Sciences of the University of Geneva (UNIGE) showed that a signature previously taken as the electronic fingerprint of the vortex cores has nothing to do with the magnetic flux lines. This result led them to revisit the electronic structure of the vortices. In a new work published in Physical Review Letters, the team of Christoph Renner, professor in the Department of Quantum Matter Physics, shows that the vortex cores present a genuine electronic signature that is consistent with the theory. This signature, very hard to detect, had remained hidden by another contribution identified in the 2016 work. One conclusion of this study is that the electronic structure of a vortex core strongly depends on its immediate environment. Thus, for the disordered arrangements of vortices typically observed in the high critical temperature compounds, each core is likely to have an electronic signature slightly different from the neighboring cores. This variability is perfectly reproduced by a theoretical modeling and solves the mystery of the electronic signature of vortex cores.

A widespread hypothesis is that the high critical temperature superconductors would require a different theory than the one of Bardeen, Cooper and Schrieffer, which successfully describes the other superconducting materials. The UNIGE study contradicts this opinion, showing that the theory can account for the observations even in the core of the vortices.