The Faculty of Science is in the “top ten” European universities as judged by the impact of its research in several fields. Several national and international surveys have shown this.

In 1954, the Faculty of Science was home to the first laboratories of CERN. Since then the two institutions have collaborated intensively. Professor Maurice Bourquin was chairman of the CERN council. His colleagues and students are taking an active part in the Atlas project of the Large Hadron Collider (LHC) programme.

In 1978, Professor Werner Arber was awarded the Nobel Prize for medicine. His work in Geneva led to the discovery of restriction enzymes which are at the heart of modern genetics and the understanding of the human genome. Professor Arber later created the Biocenter of the University of Basel. 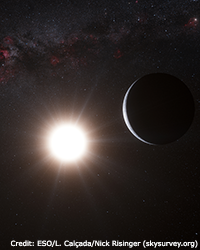 In 1995, Professor Michel Mayor and his co-workers in the astronomy department discovered the first planet outside the solar system. This marked the beginning of a new field of research.

In 2004, Professor Nicolas Gisin’s work on quantum optics was recognised by the journal Time and the MIT review. The latter placed his work among the ten discoveries which will significantly change our way of living and working. The application of this research will allow the transmission of data in complete security using the subtleties of quantum mechanics.

In 2006, Professor Michel Mayor and his co-workers in the astronomy department discovered a new solar system. This discovery attracted world-wide attention and has changed our view of the universe.

In 2010, Professor Stanislav Smirnov was award the Fields medal, the highest distinction in mathematics. The prize is awarded every four years and is considered as the equivalent of the Nobel Prize in mathematics.

In 2012, Professor Denis Duboule was among the new Foreign Associates elected by the National Academy of Sciences of the USA. This recognised his major contributions to genetics. In the same year he was elected to the Royal Society of London.

In 2012, Professors Michel Mayor and Didier Queloz were awarded the Frontiers of Knowledge Prize of the BBVA Foundation for their development of astronomical instrumentation and new techniques which led to the observation of planets outside our solar system. 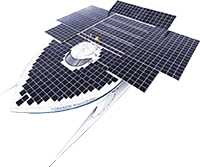 In 2013, the PlanetSolar DeepWater expedition used the unique properties of MS Tûranor PlanetSolar, the largest solar-powered catamaran ever built. A multi-disciplinary group of scientists from the environmental science and applied physics departments carried out a series of physical and biological measurements along the Gulf Stream.

In 2014, several members of the Faculty of Science received important recognition of their excellence in research. Professor Nicolas Gisin was awarded the Marcel Benoist prize in Switzerland and Professor Jean-Marc Triscone won the European Physical Society Prize for his research in superconductivity. Professor Thierry Giamarchi was elected to the French Academy of Sciences. Four years after Stansilav Smirnov, the Fields medal in mathematics was awarded to Martin Hairer, a former student of the Faculty.