From bachelor’s to doctorate, 600 students of all nationalities discover the riches of biology at the University of Geneva. Aside from the typical path of a teaching career, studies offer prospects in research and in biological and medical applications, within universities, specialized institutes or industry. Moreover, there are rapidly growing needs in international organizations and public and private institutions involved in medicine, biodiversity and the environment. The Section of Biology’s new building Sciences III, inaugurated in 2003, offers a state-of-the-art infrastructure for education and research. 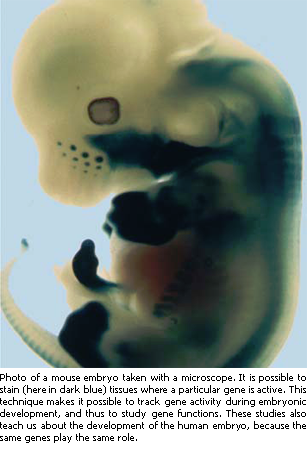 A leader in research

The specialties in biology for which Geneva is internationally recognized are: genetics, molecular and cellular biology, and the biology of embryonic development. For this reason, the Swiss government elected to establish the national center for research in genetics in Geneva. Biodiversity, ecology, and even the prehistory of man are also taught and investigated there. A vast variety of classes offered in close collaboration with the Museum of Natural History, the Botanical Conservatory and the Botanical Gardens.

Among the studies being conducted in biology are those on the architectural genes that regulate embryonic development. Researchers in Geneva have shown that the HOXD genes control construction of the arms and hands. They have also discovered very recently that a separate genetic mechanism is responsible for activating the HOXD genes which form the arms and the hands. This discovery is a reminder that the precursors of our arms (which, in fish, became fins) existed millions of years before hands ever appeared. Fundamental genetic research on mice has significantly extended our knowledge of the evolution of species and of the resulting biodiversity. These architectural genes are also present in humans, and studying them is therefore important for medicine. Indeed, such research has shown that these architectural genes are affected in patients with developmental abnormalities.