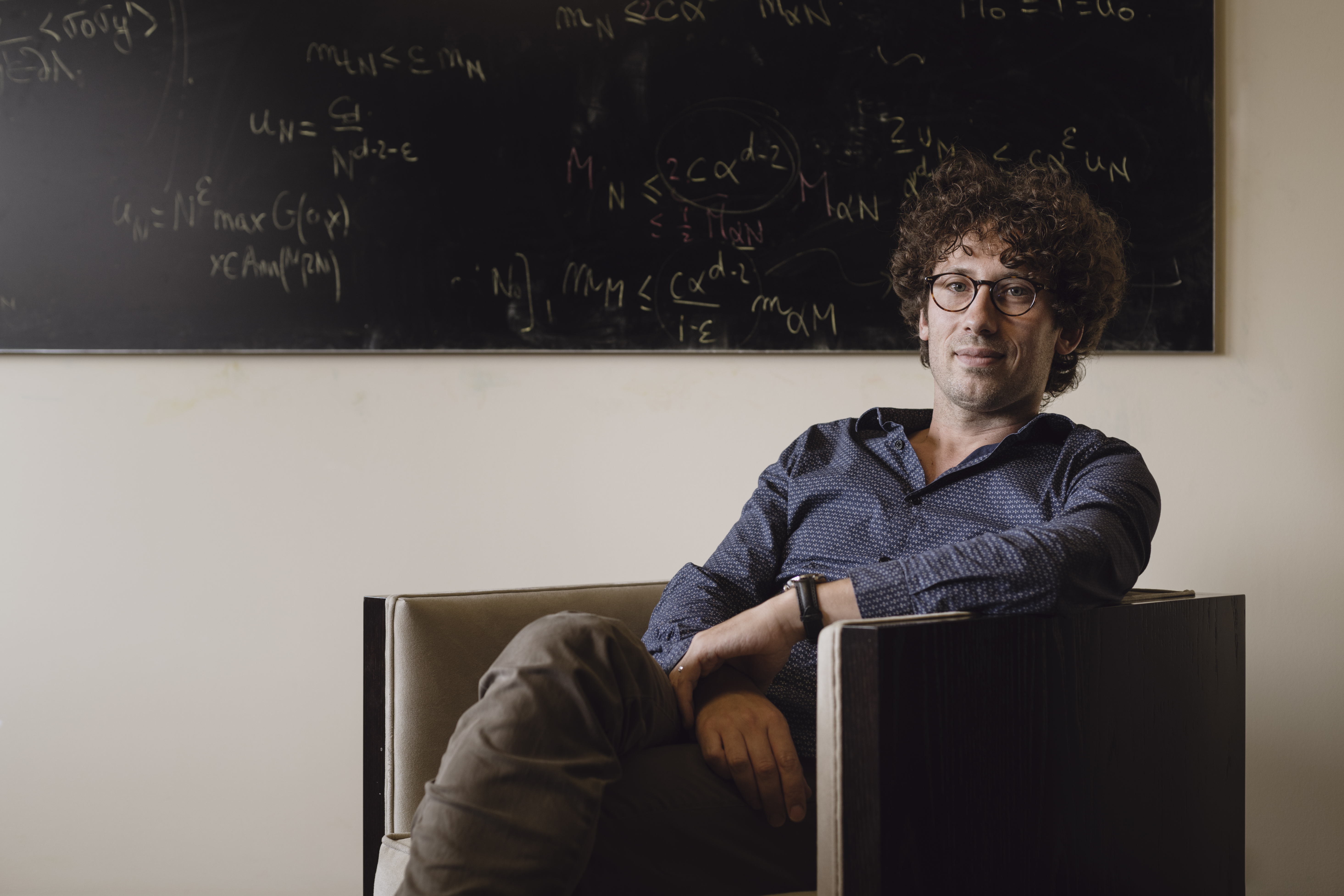 Born in 1985 in Châtenay-Malabry (France), Professor Hugo Duminil-Copin grew up in the Paris area in Les Ulis and then in Bures-Sur-Yvette. He attended the Lycée Louis-Le-Grand where he also completed his preparatory classes before entering the École Normale Supérieure de Paris in 2005. He holds a master's degree in probability and statistics from the University of Paris-Saclay (formerly the University of Paris-Sud). In 2008, he joined the University of Geneva (UNIGE) to complete his doctoral thesis, which he obtained in 2011, under the supervision of Professor Stanislav Smirnov.

Professor Hugo Duminil-Copin became involved in mathematical research at a late stage, after having discovered probability through the courses of Professors Jean-François Le Gall and Wendelin Werner. Hugo Duminil-Copin's work focuses on the mathematical branch of statistical physics. In particular, he studies phase transitions, i.e. sudden changes in the properties of matter (e.g. the transition from the gaseous to the liquid state of water). He uses probability theory to analyse mathematical models describing physical phenomena such as magnetisation, polymers and the porosity of materials.

By using deep connections between these models and developing a theory of so-called dependent percolation, Hugo Duminil-Copin has obtained transformative results on these classical models, thus improving our understanding of critical phenomena in statistical physics. For his work, he was awarded the Fields Medal 2022, the most prestigious award in mathematics.

Assistant Professor of mathematics at the University of Geneva at the age of 28, he became a Full Professor a year later. He is also a Permanent Professor at the Institut des Hautes Études Scientifiques in Bures-Sur-Yvette since 2016.

His research has been rewarded with numerous prizes. In 2012, he received the Rollo Davidson Prize with Vincent Beffara and the Vacheron Constantin Prize. In 2013, he received the Oberwolfach Prize, before the International Association of Mathematical Physics awarded him the "Early Career Award" for very promising young careers. In 2016, he received the European Mathematical Society Award, before being awarded the Breakthrough Foundation's "New Horizons in Mathematics" prize in 2017. In the same year, he was awarded the Grand Prix Jacques Herbrand of the Académie des Sciences and the Loève Prize for outstanding research in the field of probability.

In 2018, he was an invited speaker at the International Congress of Mathematicians in Brazil. He was elected a member of the Academia Europaea in 2019 and was also awarded the Dobrushin Prize in the same year.

Pictures of the Fields Ceremony