Installation of a laser to track lightning on the Säntis summit

Lightning is fascinating but damaging. In addition to the 6,000 to 24,000 people it kills each year, it poses a threat to many sensitive sites, such as nuclear and power stations, forests and electronic equipment. The total damage amounts to billions of euros.

In order to reduce the cost, a European consortium has set up the Laser Lightning Rod project to channel lightning with a high-powered laser. This equipment will be installed on the summit of the Säntis, in the canton of Appenzell, and will enter a test phase from June to September during the peak storm season. It benefits from research carried out in this field by the UNIGE Physics Section (group of Professor Jean-Pierre Wolf/Faculty of Science) and the École Polytechnique (Paris/France). The EPFL's Electromagnetic Compatibility Laboratory and the HEIG-VD/HES-SO, experts in lightning diagnostics and storm protection, as well as TRUMPF Scientific Lasers, which developed and built the laser, are also involved in the project. The operator Swisscom, which has a 124-metre-high transmitter on the Säntis mountain, is also providing the logistics and infrastructure for the equipment.

On 18 May, important elements of the experiment were installed by helicopter. The laser itself is 8 metres long and 2 metres wide. It creates ionising channels in the atmosphere, acting like a virtual lightning rod capable of redirecting lightning away from sensitive areas. It is accompanied by an external telescope, which allows the laser beam to be focused at the right distance.

Lightning measuring instruments operated permanently at Säntis by EPFL and HEIG-VD/HES-SO, as well as an interferometric lightning mapping network and high-speed cameras, will provide lightning diagnostics. If successful, the system developed will be a major advance in lightning research, with a definite impact on future protection systems. 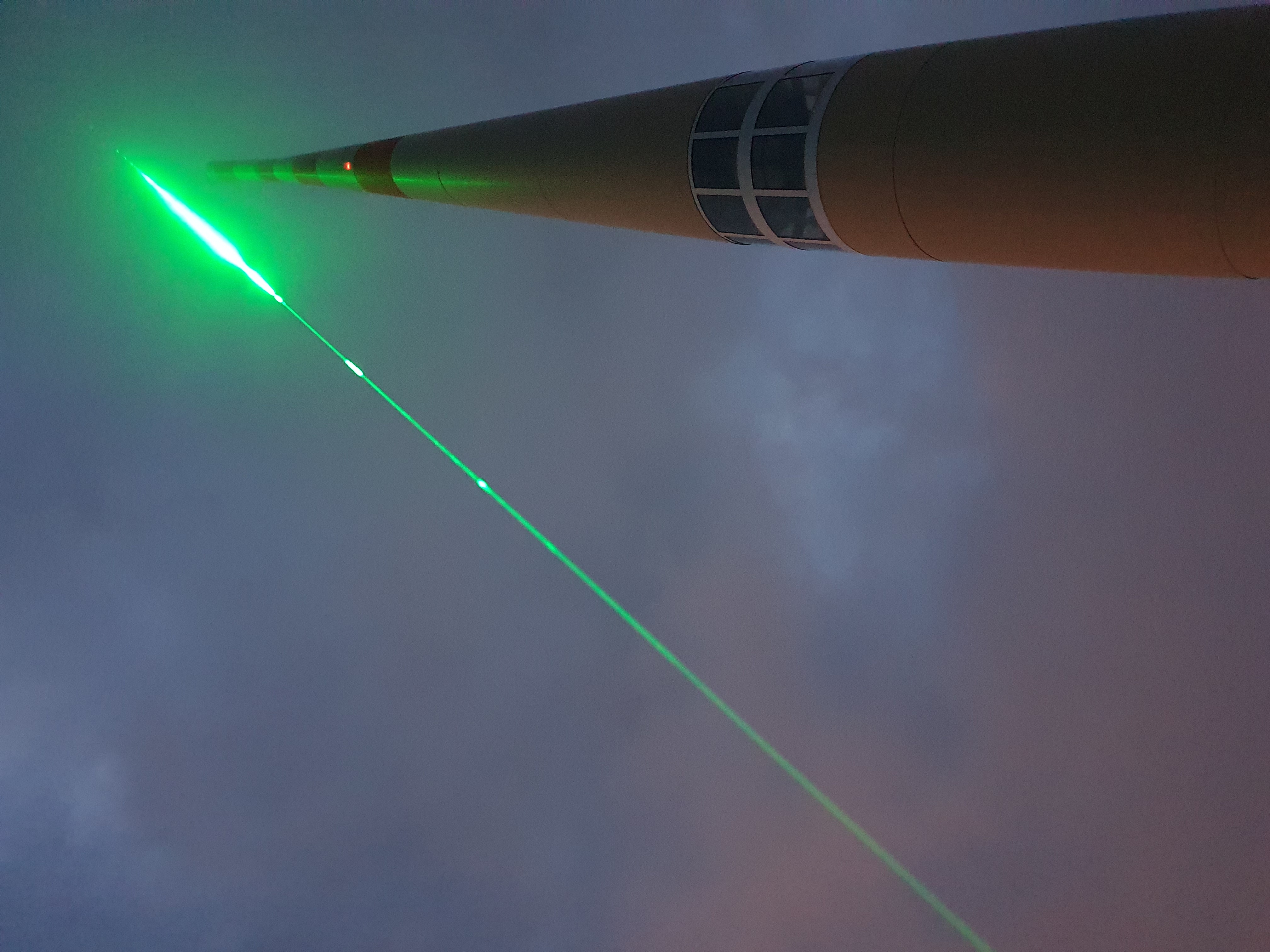 The laser at full power pointing above the Säntis tower.
©Professeur Jean-Pierre Wolf