Molecules are a stable electronic structure; however, when one molecule loses one of its electrons, the structure is often modified and has to restructure in order to regain stability. The molecule makes various modifications to its electronic structure to compensate for this loss, which may even involve the chemical modification of the molecule. Researchers at the University of Geneva (UNIGE) and Zurich’s Ecole Polytechnique Fédérale (ETHZ) have devised a technique for observing the molecular movements. The method uses a new laser source that can reach an energy range that has never previously been attained, called the “water window”. This technique is easy for scientists to access; what’s more, it is very accurate, both when it comes to observing and making short films of the molecular movements, which last only a few millionths of a billionth of a second. This article is published in the journal Science.

“We knew that it was possible to observe the movements of atoms in the molecules”, explains Jean-Pierre Wolf, professor in the Physics Section at UNIGE’s Faculty of Sciences. “So we wanted to develop a technique that would allow us to make a film whereby we would generate the loss of stability of a selected molecule, CF4 (carbon tetrafluoride)”. Two teams — one led by Hans Jakob Wörner from ETHZ and another by UNIGE’s Professor Wolf — worked under the umbrella of the MUST (Molecular Ultrafast Science and Technology) interdisciplinary research programme. They observed the CF4 molecule under X-ray before extracting one electron with the help of a very intense infrared laser. The molecule, which was disrupted by the loss, was forced to separate from a fluorine atom and became CF3 in order to regain its stability. Jean-Pierre Wolf continues: “We then reconstructed the images of these restructuring movements by taking measurements of the energy of the electrons, which we compared to each other, allowing us to make a film”.

There are three particle accelerators in the world that can undertake very precise observations of molecules, including the SwissFEL at the Paul Scherrer Institute in Villigen. However, these machines are very expensive and extremely cumbersome. The scientists at UNIGE and ETHZ managed to reach the energy water window for the first time. Water, in liquid form, allows the X-rays to pass, thereby making it possible to see atoms — such as oxygen or carbon in the organic molecules that are essential for life — using laser equipment that is easily accessible for all laboratories, since it is much less expensive and bulky. Moreover, the technique can be used to specifically study the behaviour of an atom chosen in the molecule during its transformation. “It’s a success that opens the door to the next stage”, says Jean-Pierre Wolf. “This involves conducting an experiment in a liquid (rather than gaseous) medium, which is bound to help us observe the behaviour of living molecules”. 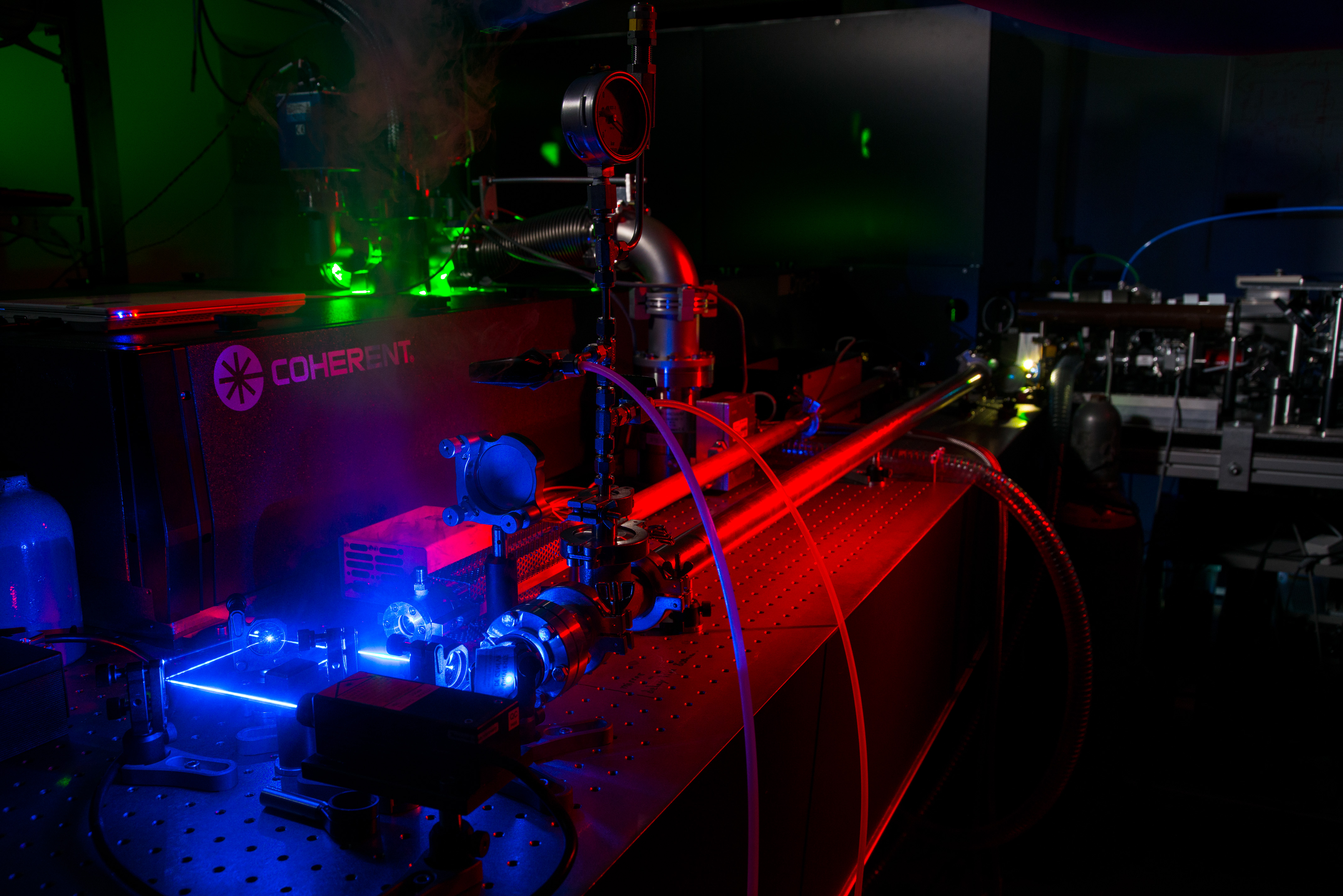