Elliot A. Jiwani-Brown
Effects of external forcing on the Irazú-Turrialba complex, Costa Rica.

Various subjects are available for the MSc project and few examples can be found below.

Geothermal energy in Switzerland and abroad.

Riccardo Minetto (MSc)
Monitoring of a geothermal well while drilling for supercritical conditions.

I lead the group of Crustal Deformation and Fluid Flow in the Department of Earth Sciences at the University of Geneva, Switzerland. I am part of the Swiss Competence Centre for Energy Research (SCCER) and my research interests focus on investigating the upper crust with geophysical and numerical methods.

Short biography
After an MSc in Earth Sciences at the University of Pisa (Italy) in 2005 I worked in the private sector assessing groundwater flow models of swamp oases. In 2006 I moved at the Institute of Petroleum Engineering at Heriot-Watt University, Edinburgh, U.K., where I investigated basin-scale fluid flow and fluid-driven seismic sequences in the upper Crust. I was awarded with a PhD in 2010 and then I moved to Bonn, Germany to study the spectacular LUSI mud eruption in East Java. After 2 years in Bonn I applied for an ETH Fellows scholarship successfully.  This funded my growing interest for the interaction between crustal fluids and earthquakes. The project required the deployment of a seismic network in the Chilean Andes to verify whether mega-thrust earthquakes may promote transient tectonic regimes in the arc. In 2014 I was awarded with an SNF Ambizione grant to investigate fault-reactivation in oblique subduction zones. In 2015 I was appointed with my current position and since then I built the group of Crustal Deformation and Fluid Flow.

Teaching and supervision
Over the last 4 years my teaching load at the University of Geneva increased gradually and I am now responsible for the MSc course Fluid Flow for Geologists (6 credits) and the BSc course Geophysics (7 Credits). Additionally, I teach in the framework of the MSc courses Geophysics across Scales for Geologists (3 credits) and the BSc course Renewable and Non-renewable Energies (2 credits). The courses Fluid Flow for Geologists and Geophysics include two field camps of 5 days each. Since I joined the Department of Earth SciencesI have been working with undergraduate, graduate and postdocs that sums up to 5 PostDocs, 4 PhD students, and 7 MSc students. 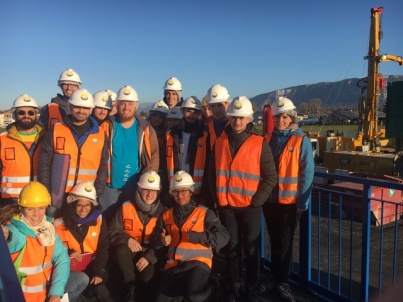 Geophysics across scales for geologists 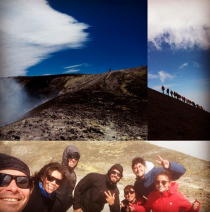