Master in Earth Sciences (orientation in sedimentary, environmental and reservoir geology) obtained at the University of Geneva in 2016. My research interests are mainly focused in the fields of carbonate sedimentology, diagenesis, climate changes, paleoclimates and extinction events.

My PhD project is part of the wider REEFCADE project, initiated by Prof. Rossana Martini in 2008. The project itself focuses on the study of Upper Triassic carbonates from the Panthalassan ocean: once formed in the middle of the ocean far from the continent, these successions are now found in accretionary prisms of Japan, Russia and tectonostratigraphic terranes making up the North American Cordillera. Through a multidisciplinary approach including biostratigraphy, sedimentology and geochemistry the project aspires to further the knowledge regarding the depositional environments, biotic associations and ages of Panthalassan build-ups.  The new insights will then be used to make terrane-terrane and Panthalassa-Tethys comparisons, giving new information about the paleogeography and the geodynamics of the Upper Triassic. 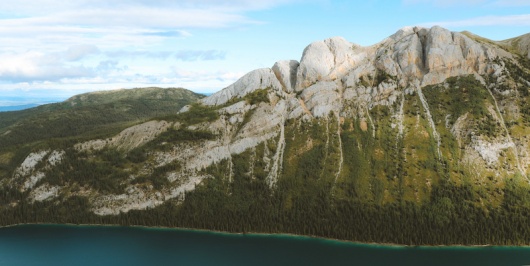 In detail, my PhD research deals with the sedimentary successions of two different areas: Vancouver Island (Canada), part of Wrangellia Terrane, and the Yukon (Canada), part of Stikine Terrane. There, I do work on the carbonate sedimentology of a wide range of depositional settings, from tidal flat carbonates to deep-water hemipelagic facies. I am also interested in understanding the interaction between sediment producers, organic producers and the resulting carbonate facies distribution and evolution both in time and space during the Upper Triassic. To do so, besides working on the sedimentology of these deposits, I apply organic and inorganic geochemical proxies such as biomarkers, trace elements distribution, Fe speciation and framboidal pyrite size distribution. I do study the distribution of the biotic association within these platforms, in particular of foraminifera: at Lime Peak, in the Yukon, we have a unique case, for the Panthalassa, in which geometries of the platform and facies relationships are still preserved allowing a detailed study of the deposits. One of my goal is to re-create a facies and biotic distribution model which could be used as reference for the study of other Panthalassan systems, in most cases much more affected by tectonic disruption.

In side projects, I am currently working on Quaternary carbonate and mixed (carbonate-clastic) deposits from the Bahamas and Australia. We aim at investigating the time-period, in the Pleistocene (MIS 5e), where U-shaped coastal ridges (i.e. “chevrons”) where formed in many areas of the world (i.e. Australia, Madagascar and the Bahamas). Particularly, we are interested in understanding which triggering factors (e.g. sea-level fluctuations, drier climate, carbonate production) were responsible for the formation of these deposits: having a deeper knowledge about their genesis could help understanding which coastal areas in the world could be more prone to desertification and higher re-mobilization of the sediments in the near future. 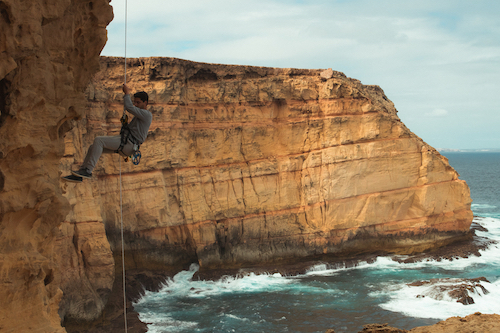 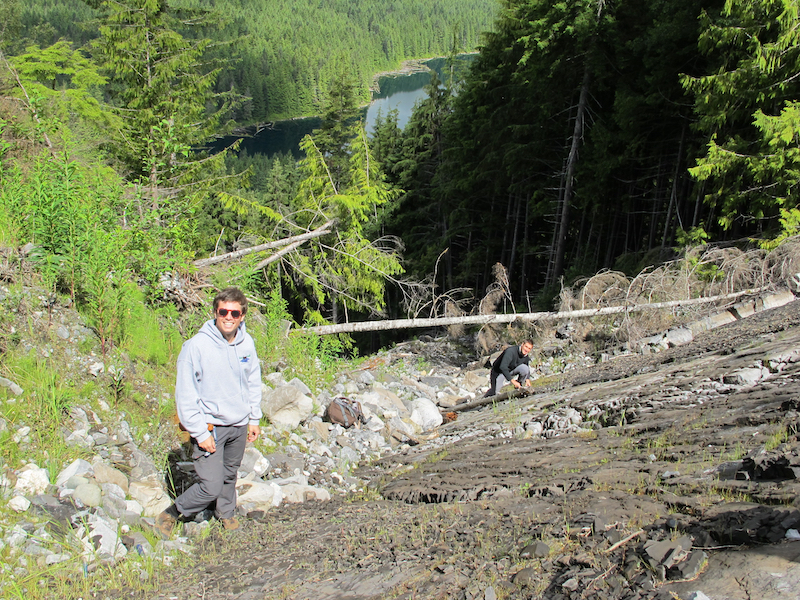