Knowledge of the system behaviours is of paramount importance for the accurate interpretation of U-Pb dates measured on zircon and baddeleyite crystals. Isotopic dates are only of interest if they can be linked to the chemical and physical parameters of the ambient system, during magmatism, metamorphism or low-temperature alteration. The study of system behaviour presents therefore a constant effort that is carried out in parallel to the scientific questions of more geological nature. Our recent work is has been focused on the behaviour of zircon during UHP and UHT metamorphism (Kotková et al. 2016), and on the recognition and quantification of decay-damage related partial loss of radiogenic Pb in baddeleyite (Davies et al., 2017 and in prep.). We have found indications that Pb diffusion in zircon may be dominated by fast pathways due to plastic/brittle deformation of the grains, leading to excessive age variation within one and the same grain (Schaltegger et al. 2015; Widmann et al., 2017).

A synthesis of the present-day knowledge how to relate zircon U-Pb dates, trace element and O, Hf isotopic compositions to the processes occurring in deep-seated to shallow, felsic and mafic magmatic systems is presented by Schaltegger and Davies (2017) in Volume 83 of Reviews of Mineralogy and Geochemistry named “Petrochronology”. 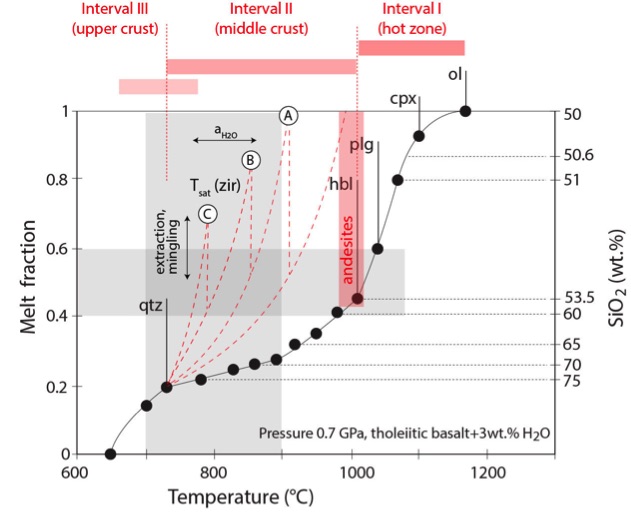