On the 20th of December 2021 a M6.4 strike slip earthquake hit Northern California, in the region of the Mendocino triple junction. The earthquake occurred at about 18 km depth. No major damages have been reported besides loss of power for about 70.000 households and road damages. According to the USGS, moderate to light shaking was experienced up to 150 km from the epicentre. The Mendocino triple junction is the region where three distinct plates meet (namely the Juan de Fuca/Gorda plate, the North American plate, and the Pacific plate). The historical seismicity indicates that seismic events of such a magnitude occurred in the past and even larger magnitudes may be expected. The fault motion solutions that caused the M6.4 earthquake are compatible with the lateral deformation taking place in the region where convergence of the northern Cascadia subduction zone and lateral motion along the San Andreas Fault system meet. 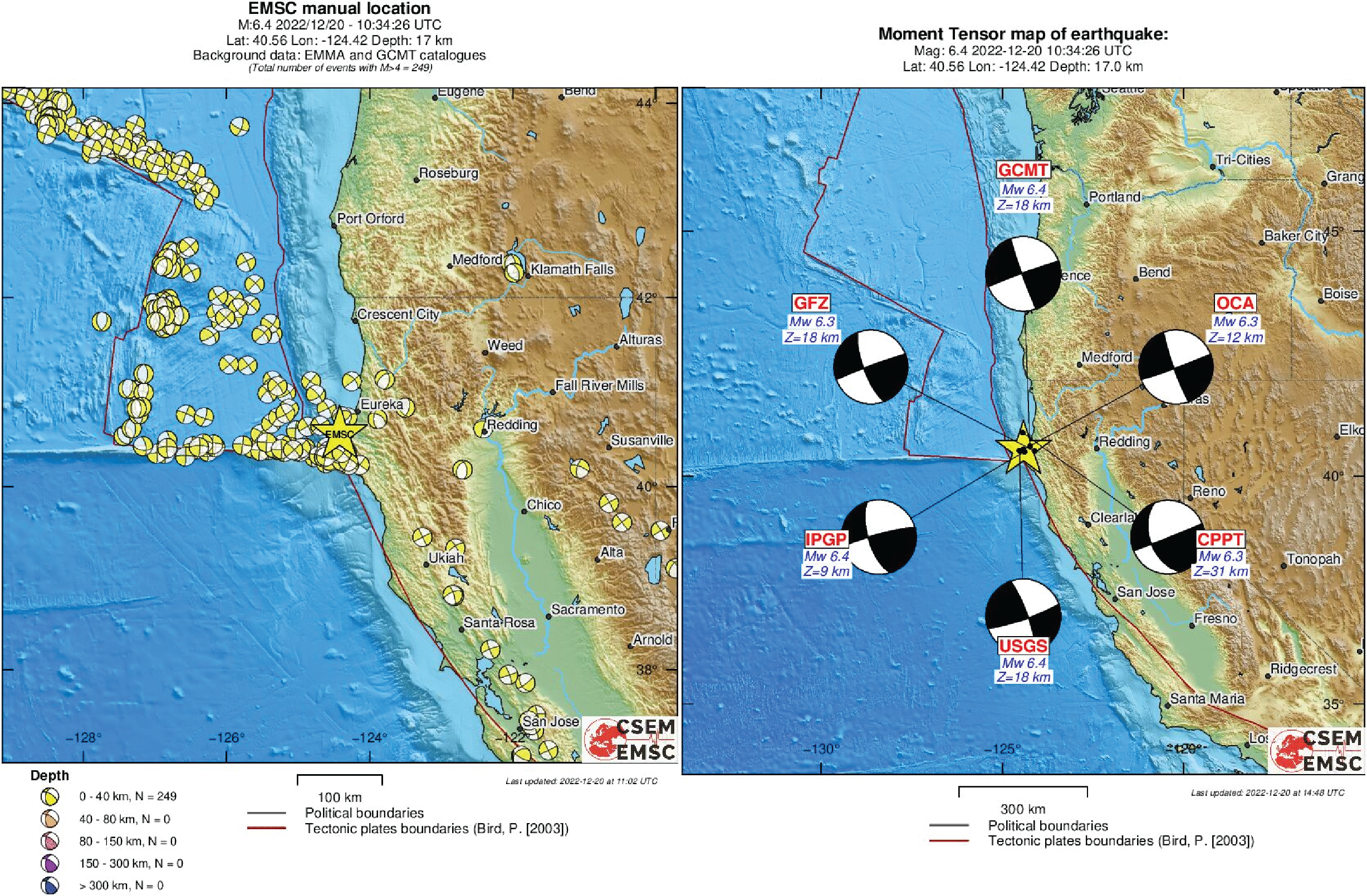