World Vegan Day, every November 1st, commemorates the establishment of the Vegan Society, and the coining of the term “vegan,” by Donald Watson in November 1944. Originally a term to distinguish “non-dairy vegetarians,” The Vegan Society explains that in 1949 “vegan” was defined as “[t]he principle of the emancipation of animals from exploitation by man” (Leslie J Cross), and later as the effort “to seek an end to the use of animals by man for food, commodities, work, hunting, vivisection, and by all other uses involving exploitation of animal life by man.” The current definition of “vegan” is: “a philosophy and way of living which seeks to exclude—as far as is possible and practicable—all forms of exploitation of, and cruelty to, animals for food, clothing or any other purpose; and by extension, promotes the development and use of animal-free alternatives for the benefit of humans, animals and the environment. In dietary terms it denotes the practice of dispensing with all products derived wholly or partly from animals.” 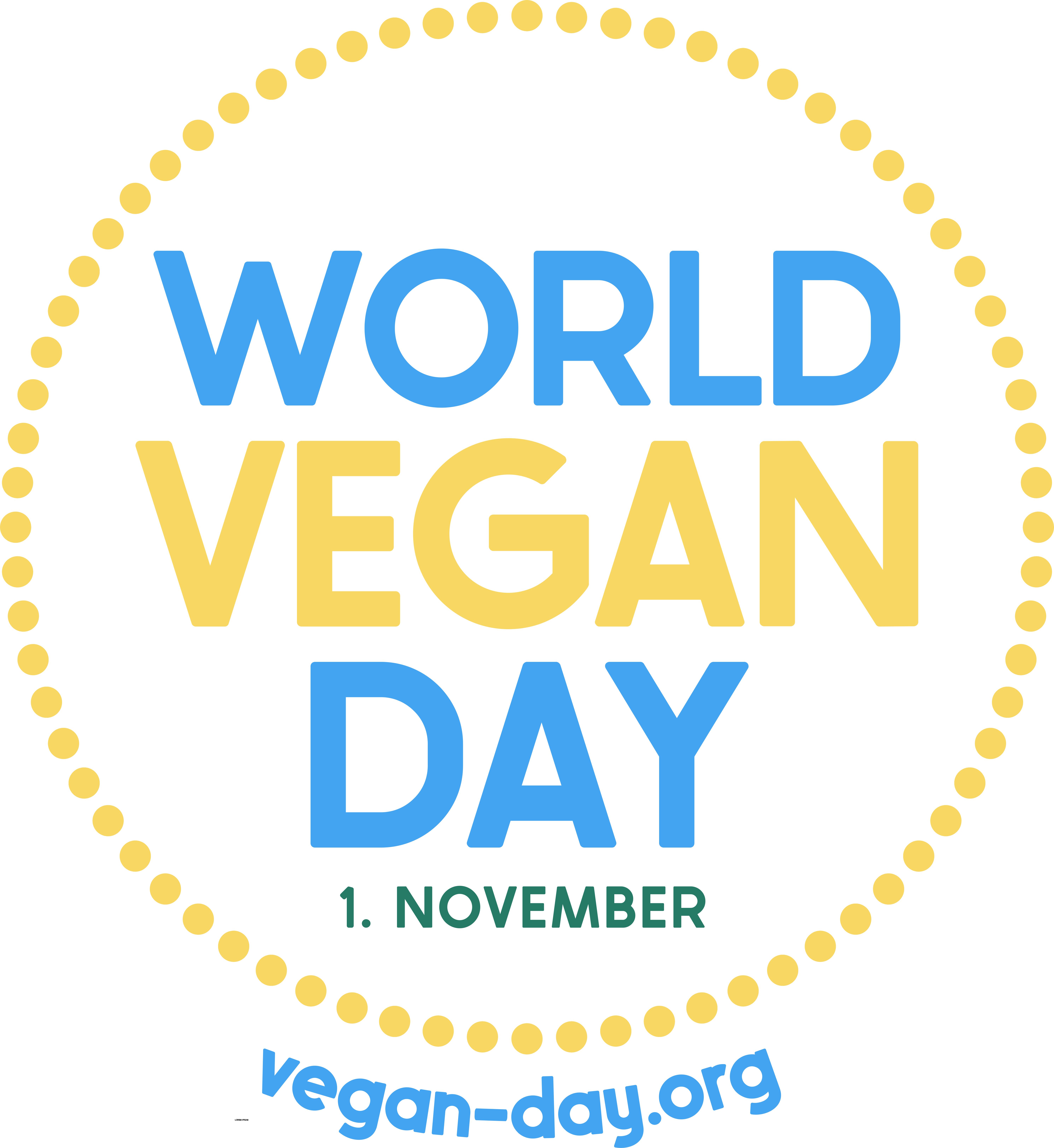 While we can speak of “vegans” and “veganism” only after 1944, that is not to say that veganism was not practiced much earlier. Indeed, 100 years before Watson's coinage of the term, in 1844 one of the first attempts to create a vegan community – Fruitlands in Massachusetts – was coming to an end. The vegans of Fruitlands, led by Amos Bronson Alcott and including his young daughter Louisa May, lived according to the current definition of ethical veganism. That is to say, their refusal of animal exploitation went beyond dietary choices to include clothes, commodities, work and all other uses of animals.

The text below is extracted from Louisa May Alcott's gently satirical sketch of life at Fruitlands, published as “Transcendental Wild Oats: A Chapter from an Unwritten Romance” in The Independent on 18 December 1873.

Shortly after publication of this text, on 25 December 1873, Bronson Alcott wrote in his journal:

Very few modern readers will readily place themselves in the ideal position to apprehend the high moral which animated and gave body to this social adventure. I do not find the ready response even at the Radical Club which the experience of some present led me to expect. From the extreme Individualists I could not, of course, count upon their acceptance of results so fatal to their notions of self-sovereignty. ... We shall hardly have any like experiment attempted within my time by any enthusiastic extremist, and it needs some time to pass to set this endeavor in its true light.

One hundred years after Alcott surrendered his utopian “adventure” at Fruitlands, and in the context of the growing global vegan movement, the “true light” of his efforts shines brighter than ever.

The sketch begins on a stormy 1st June 1843 and describes the journey to Fruitlands by a small group (of “modern pilgrims”) comprising “Abel Lamb” (Bronson Alcott), his wife “Sister Hope” (Abigail May Alcott), and their four daughters (Anna Bronson, Louisa May, Abigail May, and Elizabeth Sewall); as well as “Timon Lion” (Charles Lane) and his son William. The narrator, who is anonymous but far from neutral, explains the nature of the Fruitlands experiment by quoting at length a letter published in “The Transcendental Tripod” (The Dial IV. i. (July 1843): 135-136) and by reporting the intentions of the dominant characters. Thus, Abel Lamb, “with the devoutest faith in the high ideal which was to him a living truth, desired to plant a Paradise, where Beauty, Virtue, Justice, and Love might live happily together, without the possibility of a serpent entering in.” Timon Lion “intended to found a colony of Latter Day Saints, who, under his patriarchal sway, should regenerate the world and glorify his name forever.” These high ideals are periodically punctured by Mrs. Lamb's mischievous comments and her modest, practical aspiration, “after many wanderings over the face of the earth, to find rest for herself and a home for her children.” (1569) After arriving at the farmhouse, the group sit down to their first meal in the new community ... 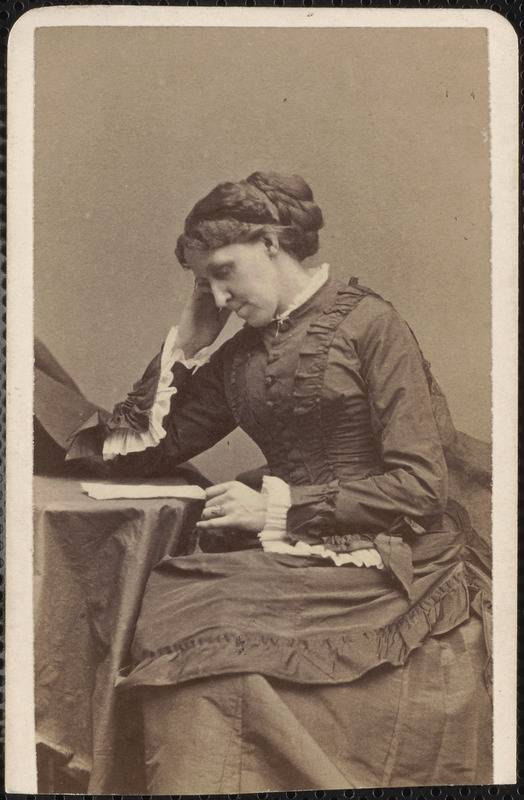 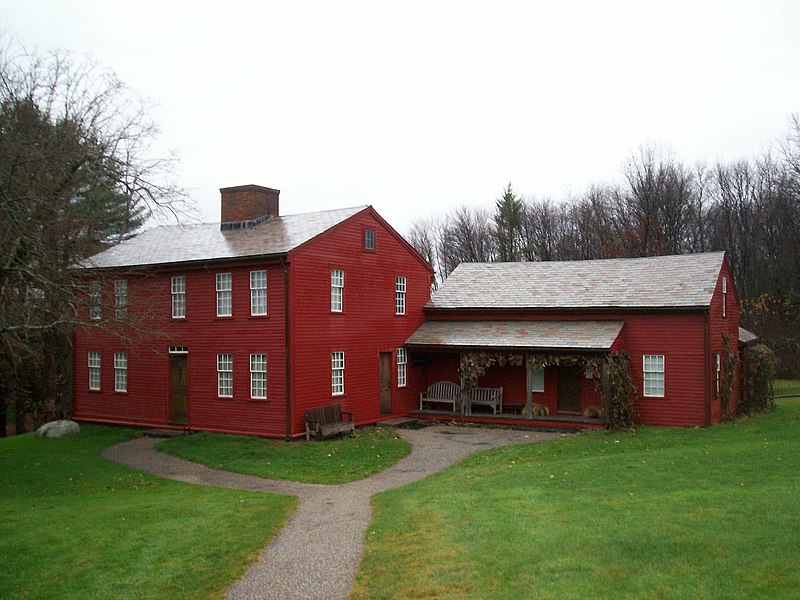 "Every meal should be a sacrament, and the vessels used should be beautiful and symbolical," observed Brother Lamb, mildly, righting the tin pan slipping about on his knees. "I priced a silver service when in town, but it was too costly; so I got some graceful cups and vases of Britannia ware."

"Hardest things in the world to keep bright. Will whiting be allowed in the community?" inquired Sister Hope, with a housewife's interest in labor-saving institutions.

"Such trivial questions will be discussed at a more fitting time," answered Brother Timon, sharply, as he burnt his fingers with a very hot potato. "Neither sugar, molasses, milk, butter, cheese, nor flesh are to be used among us, for nothing is to be admitted which has caused wrong or death to man or beast."

"Our garments are to be linen till we learn to raise our own cotton or some substitute for woolen fabrics," added Brother Abel, blissfully basking in an imaginary future as warm and brilliant as the generous fire before him.

"We must yield that point till we can manufacture an innocent substitute for leather. Bark, wood, or some durable fabric will be invented in time. Meanwhile, those who desire to carry out our idea to the fullest extent can go barefooted," said Lion, who liked extreme measures.

"I never will, nor let my girls," murmured rebellious Sister Hope, under her breath.

"Haou do you cattle'ate to treat the ten-acre lot? Ef things ain't 'tended to right smart, we shan't hev no crops," observed the practical patriarch in cotton.

"We shall spade it," replied Abel, in such perfect good faith that Moses said no more, though he indulged in a shake of the head as he glanced at hands that had held nothing heavier than a pen for years. He was a paternal old soul and regarded the younger men as promising boys on a new sort of lark.

"What shall we do for lamps, if we cannot use any animal substance? I do hope light of some sort is to be thrown upon the enterprise," said Mrs. Lamb, with anxiety, for in those days kerosene and camphene were not, and gas unknown in the wilderness.

"We shall go without till we have discovered some vegetable oil or wax to serve us," replied Brother Timon, in a decided tone, which caused Sister Hope to resolve that her private lamp should be always trimmed, if not burning.

"Each member is to perform the work for which experience, strength, and taste best fit him," continued Dictator Lion. "Thus drudgery and disorder will be avoided and harmony prevail. We shall rise at dawn, begin the day by bathing, followed by music, and then a chaste repast of fruit and bread. Each one finds congenial occupation till the meridian meal; when some deep-searching conversation gives rest to the body and development to the mind. Healthful labor again engages us till the last meal, when we assemble in social communion, prolonged till sunset, when we retire to sweet repose, ready for the next day's activity.

"What part of the work do you incline to yourself?" asked Sister Hope, with a humorous glimmer in her keen eyes.

"I shall wait till it is made clear to me. Being in preference to doing is the great aim, and this comes to us rather by a resigned willingness than a wilful activity, which is a check to all divine growth," responded Brother Timon.

"I thought so.” And Mrs. Lamb sighed audibly, for during the year he had spent in her family Brother Simon[sic] had so faithfully carried out his idea of "being, not doing," that she had found his "divine growth" both an expensive and unsatisfactory process.

Here her husband struck into the conversation, his face shining with the light and joy of the splendid dreams and high ideals hovering before him.

"In these steps of reform, we do not rely so much on scientific reasoning or physiological skill as on the spirit's dictates. The greater part of man's duty consists in leaving alone much that he now does. Shall I stimulate with tea, coffee, or wine? No. Shall I consume flesh? Not if I value health. Shall I subjugate cattle? Shall I claim property in any created thing? Shall I trade? Shall I adopt a form of religion? Shall I interest myself in politics? To how many of these questions--could we ask them deeply enough and could they be heard as having relation to our eternal welfare--would the response be 'abstain'?"

A mild snore seemed to echo the last word of Abel's rhapsody, for Brother Moses had succumbed to mundane slumber and sat nodding like a massive ghost. Forest Absalom, the silent man, and John Pease, the English member, now departed to the barn; and Mrs. Lamb led her flock to a temporary fold, leaving the founders of the "Consociate Family" to build castles in the air till the fire went out and the symposium ended in smoke.

Joseph Palmer (1791-1874). Image of Joseph Palmer, one of the founding members of the short-lived Fruitlands community. From a daguerreotype (no artist or date listed). From Bronson Alcott's Fruitlands by Clara Endicott Sears. (Boston: Houghton Mifflin Company, 1915): 56. Unknown author, Public domain, via Wikimedia Commons.