Quantum memories are devices that can store the quantum state of a photon, without destroying the volatile quantum information carried by the photon. The quantum memory should be able to release a photon with the same quantum state as the stored photon, after a duration set by the user.

Quantum memories require coherent matter systems, otherwise the quantum information stored inside the medium will be lost due to decoherence. It is also our belief the any practical device should be based on solid-state materials. Rare-earth-ion (RE) doped crystals are highly intersting matter systems for quantum memories, owing to their unique optical and spin coherence properties at low temperaturs (around 4 K).

To cool down the RE crystals we use closed-cycle coolers that do not require any cooling liquids.

Quantum memories will be key components in future quantum networks, such as quantum repeaters which can provide a solution for long-distance quantum communication beyond the limit of 500 km using today's technology.

To store photons in RE-doped crystals we use the Atomic Frequency Comb technique, which we first proposed and demonstrated experimentally in our lab in 2008: see PRA article (proposal) and Nature article (experiment).

The AFC technique can store quantum information in highly time-multiplexed fashion, which is key to buidling quantum repeaters for future quantum networks.

In addition to future applications, quantum memories are fascinating because they provide a way to study how quantum effects such as entanglement can be transferred between physical systems of widely different nature, eg. between light and matter systems.

Please see this article in Physics Today for a simplified explanation about the physics of quantum memories.

See also this Progress Report about the goals and challenges in building a future quantum network.

Some of our key publications about quantum memories: (full publication list) 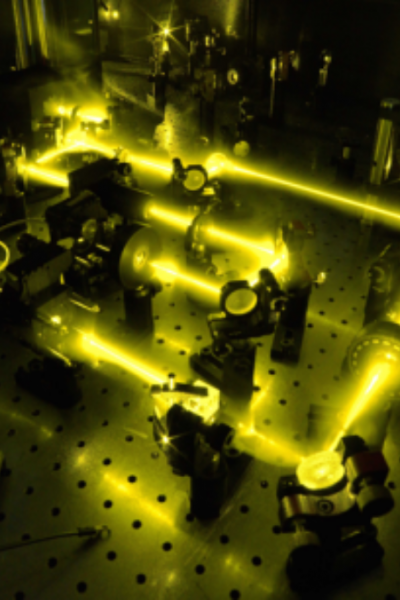