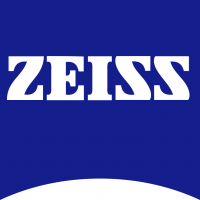 Jean-Pierre Wolf is honored for his groundbreaking application of ultra-short, ultra-intense laser pulses in researching the earth’s atmosphere. His research makes it possible to find out more about pollutants in the earth’s atmosphere and potentially control lightning and condensation in clouds. This could even make it possible to prevent extreme weather. The focus of his research efforts has been on the applications of ultra-short spectroscopy for biological, medical and environmental research.

The awards will be presented during the ZEISS Symposium “Optics in the Quantum World” on 18 April 2018 at the ZEISS Forum in Oberkochen.

Jean-Pierre Wolf is sharing this price with Tobias Kippenberg, Professor at the Laboratory of Photonics and Quantum Measurements at the École Polytechnique Fédérale de Lausanne (EPFL)

There are many different ways ZEISS promotes science. In 1990 the company created the Carl Zeiss Research Award for outstanding achievements in the field of optics. The award has been advertised 13 times and awarded to a total of 20 recipients. Many award-winners have subsequently received other important distinctions e.g. four Carl Zeiss Research Award recipients have won the Nobel Prize.

The ZEISS Research Award is presented and sponsored exclusively by ZEISS. Outstanding achievements in international research are honored.