Béatrice Joyeux-Prunel is Full Professor on the new chair in Digital Humanities at the university of Geneva. She studied in France at the university Paris I Panthéon Sorbonne, and at the Ecole normale supérieure (ENS), in history, philosophy, and social sciences. From 2007 to 2019 she was Associate Professor (maître de conferences) in modern and contemporary art at the École normale supérieure in Paris (ENS, PSL), where she taught modern and contemporary art history and the digital humanities.

Since Automn 2019 she has led at the ENS the Jean Monnet Excellence Center IMAGO, for the study and teaching on visual globalization and European visual convergences, fund by the European Commission (www.imago.ens.fr). IMAGO is part of a bigger project, VISUAL CONTAGIONS, that uses computer vision to trace the global circulation of images in the 20th century, and that is fund by the Swiss Research Fund in 2021-2024.

Nicola Carboni is a Postdoc researcher in the Visual Contagion project at the University of Geneva. Previously, he used to be Research Fellow for the Swiss Art Research Infrastructure at the University of Zurich. He obtained a PhD in engineering from NTUA and CNRS where he also had a Marie Curie scholarship in the MAP laboratory. His doctorate thesis was on the representation of the knowledge of the 2D/3D visual heritage. Additionally he used to be a Digital Humanities Fellowship at Villa I Tatti - University of Harvard, and holds an Erasmus Mundus MA scholarship in digital library as well as a bachelor in science of inheritance of the University of Pisa.

Currently, he works in the visual circulation, digital iconography, the relationship between liturgy and the visual, the social biais in digital cultural collections as well as more formal semantic models and relationships (semantic patterns, ontological description, social phenomenon).

Anna Scius-Bertrand coordinates artificial vision workshops: processing Visual Contagion’s outputs, image manipulation (via their .json manifest, metadata or the image itself), analysis and visualization of images in circulation. Anna Scius-Bertrand is a scientific collaborator at Fribourg’s HES-SO and doctorate in artificial vision at the EPHE-PSL of Paris. Additionally, she teaches classes on processing digital images within the framework of the IMAGINE program of the University of Geneva.

Claire Jahan is currently completing a Master’s degree in “Digital Technologies applied to History” at Ecole National des Chartes. She hold a Bachelor degree in History and a Master’s degree in Medieval History from Paris 4 Sorbonne university. Her field of study consisted of the relationship between the nuns of Angers and the rest of the clerical and secular community of the 12th and 13th centuries, specifically looking at the Sainte-Marie d’Angers cartulary.

Within this project, Claire is in charge of the preparation of segmentation models as well as the Optical character recognition of 17th century prints in order to identify their authors. Her internship is financed by the IMAGO center (european budget).

After studying Art History and Film History and Aesthetics between the University of Lausanne et Paris I Panthéon-Sorbonne, Adrien Jeanrenaud continued his studies in the Master «Digital Humanities» at the École Nationale des Chartes. His current research focuses on media and status of image in the age of social networks, their place in visual culture and their impact on the process of globalisation. 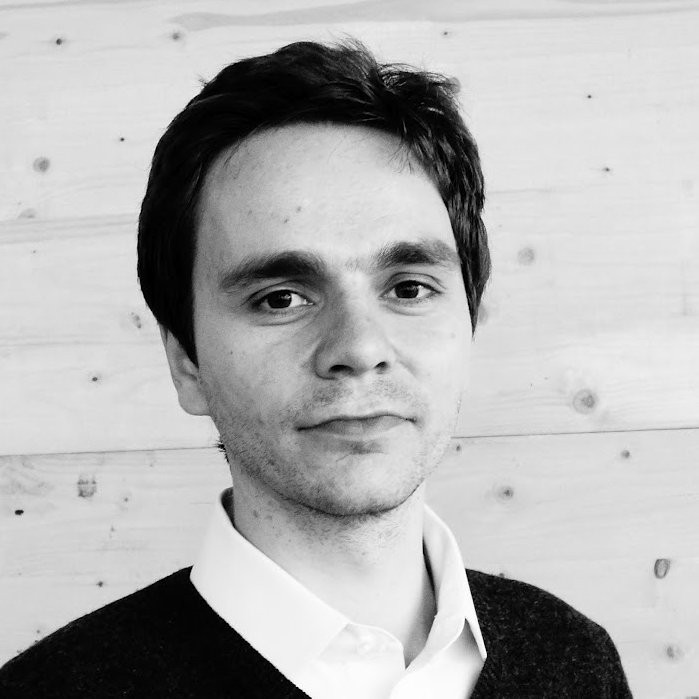 Radu Suciu is Senior Research associate at the University of Geneva. He works on the intersection of Digital and Medical Humanities, sharing his time between the Faculty of Letters and the Faculty of Medicine. His research and teaching focuses on representations of medicine in literature and the arts. Prior to joining the Visual Contagions program, Dr. Suciu was co-director of the Bodmer Lab, a research and digitisation project of the Faculty of Letters conducted in partnership with the Martin Bodmer Foundation Museum and Library. Currently Dr. Suciu works on a history of visual and cultural representations of venereal diseases throughout the 19th and early 20th centuries.

Marie Barras is a PhD candidate in the SFNS research project Visual Contagions, where she works on the global circulation of art images in the illustrated press between 1848 and 1914. She holds a Master’s degree in art history and religions history from the University of Lausanne – in her master thesis, she analyzed the representations of witchcraft at the end of the Victorian era, interrogating the power dynamics at play in such iconography. She completed a Master of Advanced Studies in Cultural Heritage and Museology, where she studied the museum collections made by women artists using digital tools. She recently completed a Certificate of Specialization in Digital Humanities at the University of Geneva. In addition to her doctorate, she works as a digital projects and data manager at the Musée d’Art et d’Histoire in Geneva.

Thomas Gauffroy-Naudin is currently completing his Master’s degree in English Language and Literature at the University of Geneva and works on the “Visual Contagions” project as a Research Auxiliary. He studied Art History and English Literature while completing his Bachelor’s degree between 2017 and 2020 at the University of Geneva. During this course, he was initiated to Digital Humanities through the “Postdigital” seminar series as well as the “Artl@s” seminar for which he transcribed the 1963 São Paulo Biennial’s exhibition catalog to the BasArt platform.

Céline Belina is a student in the Master of Transnational History in the Faculty of Arts at the University of Geneva and in the Executive Master in Art Market Studies in the Faculty of Philosophy at the University of Zurich. In January 2021, she joined the Visual Contagion project as a research and teaching assistant. During her Bachelor's degree at the University of Geneva, she was introduced to the Digital Humanities through the introductory course as well as several seminars, including one on Postdigital and on Cultural Globalisation through the Digital Lens. In this context, she had the opportunity to contribute to the catalogue of the 1951 Hispano-American Biennial in Madrid, which was the first sign of the Franco regime's openness to "modernity”.

Aside from his academic endeavours, Rui-Long Monico is a trained fine artist and the co-founder and creative director of Candy Factory, a visual communication agency based in Geneva and for which he has participated in numerous projects for local and international institutions. He is also serving in the Swiss Armed Forces with the rank of captain, incorporated both as a communication officer and as a military judge appointed by the Federal Council.

More about him on his Linkedin profile.
His publications can be found on his company's website.

Juliette Janes is a master’s degree in « Technologies numériques appliquées à l’histoire » at the École nationale des Chartes. She received a double bachelor’s degree in Science, specialising in Geology, and History at Sorbonne University in 2019. Following this diploma, she attended for one year Digital Humanities’ degree of the Ecole nationale des Chartes, during which she worked on history of technics and environmental history. In the project Visual Contagions, Juliette Janes is in charge with the finalisation of the pipeline transforming PDF documents into XML-TEI and its online hosting.

Ljudmila Petkovic holds two masters from the University of Belgrade, Serbia: one in the Language, Literature and Culture, and the second in the Social Sciences and Computing. Currently, she is completing her Certificate of specialisation in Linguistics (Department of Linguistics, Faculty of Humanities at the University of Geneva), and, at the same time, within the Visual Contagions project, she is charged with the semi-automatic production of data (exhibition catalogues) in CSV format, from the OCR-XML-TEI-CSV processing chain, which will then be integrated into the BasArt database. 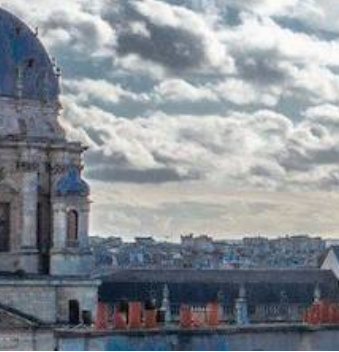 10 students from PSL University, half specialists in computer science, half in humanities, worked on a project proposed by Visual Contagions, in the framework of the collaboration between UNIGE, the IMAGO Center at ENS Paris and the DHAI seminar. Their challenge: to automatically retrieve the publication dates of thousands of magazine covers (Time, Life, Elle and National Geographic). The group took the opportunity to study globalization through the lens of Elle covers - a globalization that is less and less open to ethnic, cultural and generational diversity...
Referent teacher – Professeure Béatrice Joyeux-Prunel
Assistent – Adrien Jeanrenaud