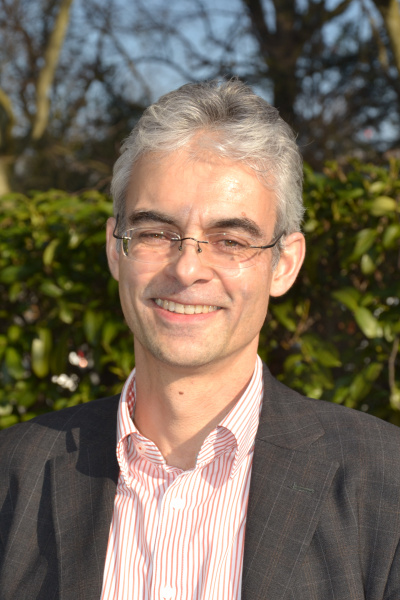 Dr. Martin K. Patel is full professor (professeur ordinaire) at the University of Geneva, Switzerland, where he has been holding the Chair for Energy Efficiency since September 2013. His research deals with energy savings and emission reduction in industry, the built environment and at the interface between energy supply and energy demand (most notably including energy storage). Together with his group he performs environmental and economic assessments of technologies, processes, products and services as well as evaluations of policy programmes. Next to energy efficiency, bio-based products represent a particular focal area of research. The main research methods applied by the group include techno-economic modelling (simulation), Life Cycle Assessment, economic assessment (micro & macro) and policy analysis. Martin Patel and his group have co-ordinated and contributed to numerous national and international projects commissioned by a variety of organisations including national research funds (e.g. SNF), governmental bodies (e.g. SFOE), the European Commission, international organisations (e.g. UNECE, IEA, UNIDO and IRENA) and companies (e.g. SIG or Nestlé). Martin Patel is member of several large research consortia (most notably SCCER-CREST, SCCER-FEEB&D, SCCER-EIP and SCCER-Storage) and associations (e.g. eceee and swissesco). He is co-responsible for the Energy Track of the Environmental Master Programme (Master universitaire en sciences de l'environnement, MUSE) at University of Geneva where he also has a number of administrative tasks.

In the past, Martin Patel studied chemical engineering at the University of Karlsruhe, Germany where he graduated in 1992 (Dipl.-Ing.). From 1993 until mid 2000 he was researcher at the department "Energy Technology and Energy Policy” of the Fraunhofer Institute for Systems and Innovation Research (ISI) in Karlsruhe, Germany. Between 1996 and 1999 he also worked as visiting researcher at Utrecht University, Department of Science, Technology and Society (STS). In 1999, he earned his Ph.D. from Utrecht University, Netherlands, for his thesis titled "Closing Carbon Cycles – Carbon Use for Materials in the Context of Resource Efficiency and Climate Change". Between mid 2000 and early 2001 Martin Patel was with the Department of Energy and Environmental Policy Studies at ECOFYS, Utrecht. From 2001 until 2013, he co-ordinated a research cluster on advanced energy and materials systems at the Copernicus Institute of Sustainable Development at Utrecht University where he was assistant professor and later on associate professor before joining University of Geneva.