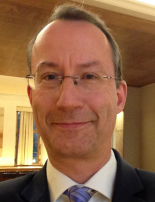 Lukas Erne is Professor of English at the University of Geneva. He is the author of Shakespeare as Literary Dramatist (2003; 2nd edition, 2013), Shakespeare and the Book Trade (2013), Shakespeare’s Modern Collaborators (2008), and Beyond “The Spanish Tragedy”: A Study of the Works of Thomas Kyd (2001). He has edited The Arden Research Handbook of Shakespeare and Textual Studies (2021), Bel-vedére or the Garden of the Muses: An Early Modern Printed Commonplace Book, with Devani Singh (2020), The First Quarto of Romeo and Juliet (2007), and Textual Performances: The Modern Reproduction of Shakespeare’s Drama, with Margaret Jane Kidnie (2004). In 2012, he gave the Lyell Lectures at the University of Oxford. 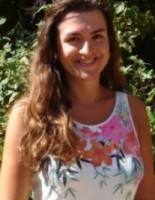 Florence Hazrat was formerly a post-doctoral researcher at the University of Geneva, and is now a Leverhulme Early Career Fellow at the University of Sheffield. She holds a PhD from the University of St Andrews, and a BA and an M.Phil. in English Literature from the University of Cambridge. She is particularly interested in sound studies, the conjunction of music and poetry, Renaissance rhetoric, and the socio-cultural history of literary form. Among her publications are contributions to Cambridge Quarterly, Shakespeare, Notes and Queries, the Encyclopedia of Renaissance  Philosophy (Springer International Publishing), edited by Marco Sgarbi, and chapters in the Oxford Handbook of Shakespeare and Dance (OUP, 2019), edited by Lynsey McCulloch and Brandon Shaw, and the Oxford Handbook of Shakespeare and Music (OUP, forthcoming), edited by Mervyn Cooke and Christopher Wilson. 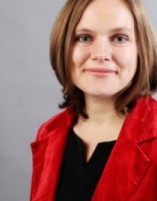 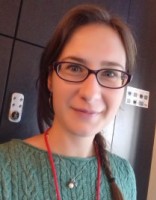 Maria Shmygol is a Research Fellow and Associate Editor on the 'Complete Works of John Marston Project' at the University of Leeds. After completing an Arts and Humanities Research Council funded doctorate at the University of Liverpool, Maria taught at the University of Sussex before joining the University of Geneva in 2016, where she worked on an edition of Tito Andronico (1620) as part of the EMGS Project, and taught a number of BA courses on travel writing and early modern drama. Maria has held short-term fellowships at the Folger Shakespeare Library and the Library of Congress, and has received scholarships and research funding from the Malone Society, Rare Book School (University of Virginia), the Society for Renaissance Studies, and the Schmidheiny Foundation. Her research interests include early modern drama, travel literature, textual editing, digital humanities, print culture, as well as material and visual culture more broadly. Among her current projects are two editions of William Percy's underwater play, The Aphrodysial (1602): one for the Malone Society and the other for Digital Renaissance Editions.