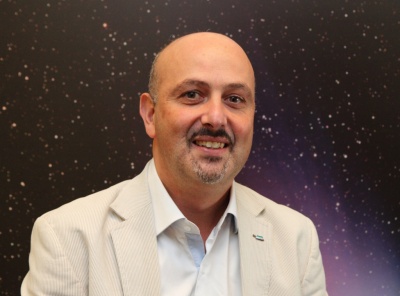 Francesco Pepe started his professional career in 1992 as physicist at the Swiss Federal Institute of the Technology where, as part of his PhD thesis, he designed and developed a far-infrared balloon-borne spectrometer. Today, he is specialised in astronomical instrumentation for the search and characterisation of exoplanets.

In 1998, Francesco Pepe arrived at the University of Geneva Department of Astronomy to pursue research in infrared astronomy. However, he was assigned  shortly after to the HARPS project, for which he served as Project Manager and the System Engineer. HARPS was installed and successfully commissioned during October 2003 on ESO 3.6m telescope in La Silla (Chile) and has since proven one of the world's most sensitive planet-hunting machines.

Building upon the success of HARPS, Francesco Pepe designed HARPS-North, the northern copy of HARPS installed in 2012 at the Telescopio Nazionale Galileo (TNG) in Roque de Las Muchachos (Canary Island, Spain). HARPS-North main purpose is the follow-up of Earth-sized planet candidates discovered by NASA's Kepler satellite and hunt for new very low-mass planets in the northern hemisphere. As Principal Investigator, Francesco Pepe led the HARPS-North consortium to the characterisation of an exoplanet with a similar composition to the Earth, albeit much hotter, called Kepler-78b (Pepe et al. 2013, Nature).

Francesco Pepe is currently the Principal Investigator of the ESPRESSO consortium; ESPRESSO is a new-generation  spectrograph for the ESO Very Large Telescope (VLT). The science goals of ESPRESSO are finding rocky extra-solar planets in the habitable zone of their parent star and characterising exoplanet atmospheres. Like HARPS and HARPS-North, ESPRESSO is now offered to and used by a large community of astronomers.

Since 2019, Francesco Pepe serves as the director of the Department of Astronomy.