Born in 1979, Frédéric Bernard obtained a law degree from the University of Geneva in 2002, a diploma of advanced studies in the torts law in 2005 and a PhD in public law in 2009. His PhD examined the relationship between the rule of law and the fight against terrorism.

In 2010, he was a visiting scholar at the University of California, Berkeley, United States.

He is admitted to the Geneva Bar since 2013 and practiced law at a Geneva law firm where he is still working as Of Counsel.

He specializes in administrative law, constitutional law, human rights and the fight against terrorism.

He publishes in French and in English. 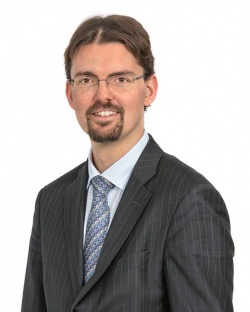