Why are novel psychoactive substances challenging the toxicologists?

By Dr. Marc Fathi, coordinator to the Master of Advanced Studies in Toxicology

The last decade has seen a rapid and continuous growth of novel psychoactive substances (NPS), a range of drugs that have been designed to imitate the effects of established illicit drugs. Mainly sold over the Internet, it has created a challenge for doctors, toxicologists, and drug-testing laboratories.

Often, little is known about the adverse health effects and social harms of NPS, which pose a considerable challenge for prevention and treatment.

The proliferation of these substances presents a variety of challenges from both public health and public safety standpoint. Synthesized as analogues of existing drugs to bypass laws and regulations, they generally have the same or even higher effects than the compounds they derive from. Producers of these substances develop new chemicals to replace those that are banned, which means that the chemical structures of the drugs are constantly changing to try to stay ahead of the law. These compounds often exhibit only minor structural modifications in comparison to conventional drugs but can be legally traded until national restrictions are put in place.

According to the literature, NPS seem to possess higher receptor-binding affinities in contrast to classical recreational drugs thus most probably resulting in higher potency and, very often, increased levels of undesired side effects.

A lack of knowledge

Toxicological knowledge regarding novel psychoactive substances is still limited: few data about their toxicity are available with consequent unexpected and unknown health risks.

Effects of synthetic cathinones are similar to those of other stimulants and may include increased energy, mood enhancement, exhilaration and psychoactive effects. Adverse effects include panic attacks, tremors, depression and psychosis. Synthetic cathinones are also associated with neurological, cardiovascular and psychopathological symptoms such as tachycardia, hallucinations, delusions, violence, aggressive tendencies and death.

Purity and composition of products containing NPS are often not known, which places users at high risk. To date, some fatalities related to NPS use have been reported worldwide, and up to December 2019, more than 900 substances have been reported.

The identification of NPS in biological fluids/tissues is of great concern for forensic and clinical toxicologists, in order to evaluate their spread among the population and to diagnose intoxication and impairment due to the use of these substances. Fast and accurate detection of NPS is essential for their effective clinical and social management.

A greater need of training

The identification of novel psychoactive substances in biological fluids contributes to the effectiveness of the therapeutic management of intoxicated patients. Nonetheless, several difficulties are related to the identification of these compounds in biological samples, such as a large number of potential structures, the constant introduction of novel compounds, and the initial lack of reference standards. Identification techniques by mass spectrometry are a decisive aid to overcome these difficulties.

To meet the complexity of novel psychoactive substances issue, scientists and health professionals must benefit from solid training. The Master of Advanced Studies in Toxicology provides a comprehensive educational programme recognized by national and international professional bodies as a postgraduate academic qualification in toxicology. The programme fulfills the demand for qualified toxicologists in industry, academia and regulatory bodies with the appropriate knowledge, experience, and professional qualification.

In addition to NPS, other topics of major concerns such as endocrine disruptors, the impact of pollutants on the environment, food safety and occupational health, are also covered in the Master of Advanced Studies in Toxicology. 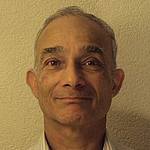 Dr. Marc Fathi, coordinator to the Master of Advanced Studies in Toxicology