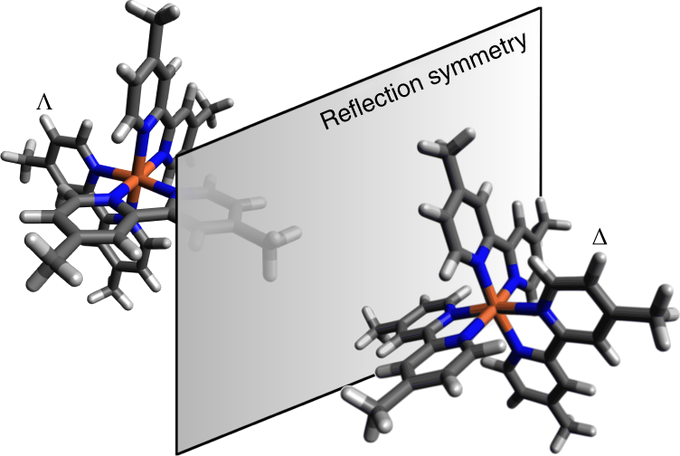 Chirality is a structural property of molecules lacking mirror symmetry that has strong implications in diverse fields, ranging from life sciences to materials science. Chirality-sensitive spectroscopic methods, such as circular dichroism, exhibit weak signal contributions on an achiral background. Helical dichroism, which is based on the orbital angular momentum (OAM) of light, offers a new approach to probe molecular chirality, but it has never been demonstrated on disordered samples. Furthermore, in the optical domain the challenge lies in the need to transfer the OAM of the photon to an electron that is localized on an ångström-size orbital. Here we overcome this challenge using hard X-rays with spiral Fresnel zone plates, which can induce an OAM. We present the helical dichroism spectra of a disordered powder sample of enantiopure salts of the molecular complex of [Fe(4,4′-diMebpy)3]2+ at the iron K edge (7.1 keV) with OAM-carrying beams. The asymmetry ratios for the helical dichroism spectra are within one to five percent for OAM beams with topological charges of one and three. These results open a new window into the studies of molecular chirality and its interaction with the OAM of light.