Though the emergence and proliferation of antibiotic resistance seeks greater attention all over the world, it is apparent that anthropogenic activities over the decades represent a major source of contamination in aquatic ecosystems. The intensive use and misuse of antimicrobials in human and veterinary medicine, including aquaculture, has led to the widespread emergence of antibiotic resistant bacteria. The urban wastewater and water treatment plant which receives the mixture of effluent from hospitals, communities, animal farming, industrial and agricultural run-off is considered a major source of toxic metals, persistence organic pollutants as well as antibiotic resistant bacteria (ARB) and their resistance genes (ARGs) into the aquatic environment. There is a high potential risk for public health since the mobile genetic elements carrying antibiotic resistance genes may be transferred to other bacteria of human clinical significance.

The situation is particularly alarming in developing regions under tropical conditions such as in South Asian and Sub-Saharan African countries where most rivers, lakes, and lagoons receiving untreated industrial, mining, urban and hospital effluents. Furthermore, open defecation and lack of sanitation are the leading causes for dissemination of resistant bacteria into the environment. These sources might be a better choice to target control efforts on ARGs dissemination into environmental compartments. As part of this framework, the lab works with India, Congo DR and European Union on collaborative projects that involve local aquatic and mine environments to monitor anthropogenic derived pollutants and resistant bacteria.

The research program in the environmental microbiology group draws upon the interdisciplinary approach that mainly focusing on (i) the identification of potential sources as well as risk assessment, (ii) the development of reliable surveillance and risk assessment procedures, (iii) the implementation of technological solutions that can prevent environmental contamination with toxic metals, pathogens, ARB and ARGs (including their characterizations and selection according to the different climatic conditions), in order to reduce the potential human and environmental risks caused by hazardous substances (such as toxic metals), pathogens, ARB, and their ARGs. 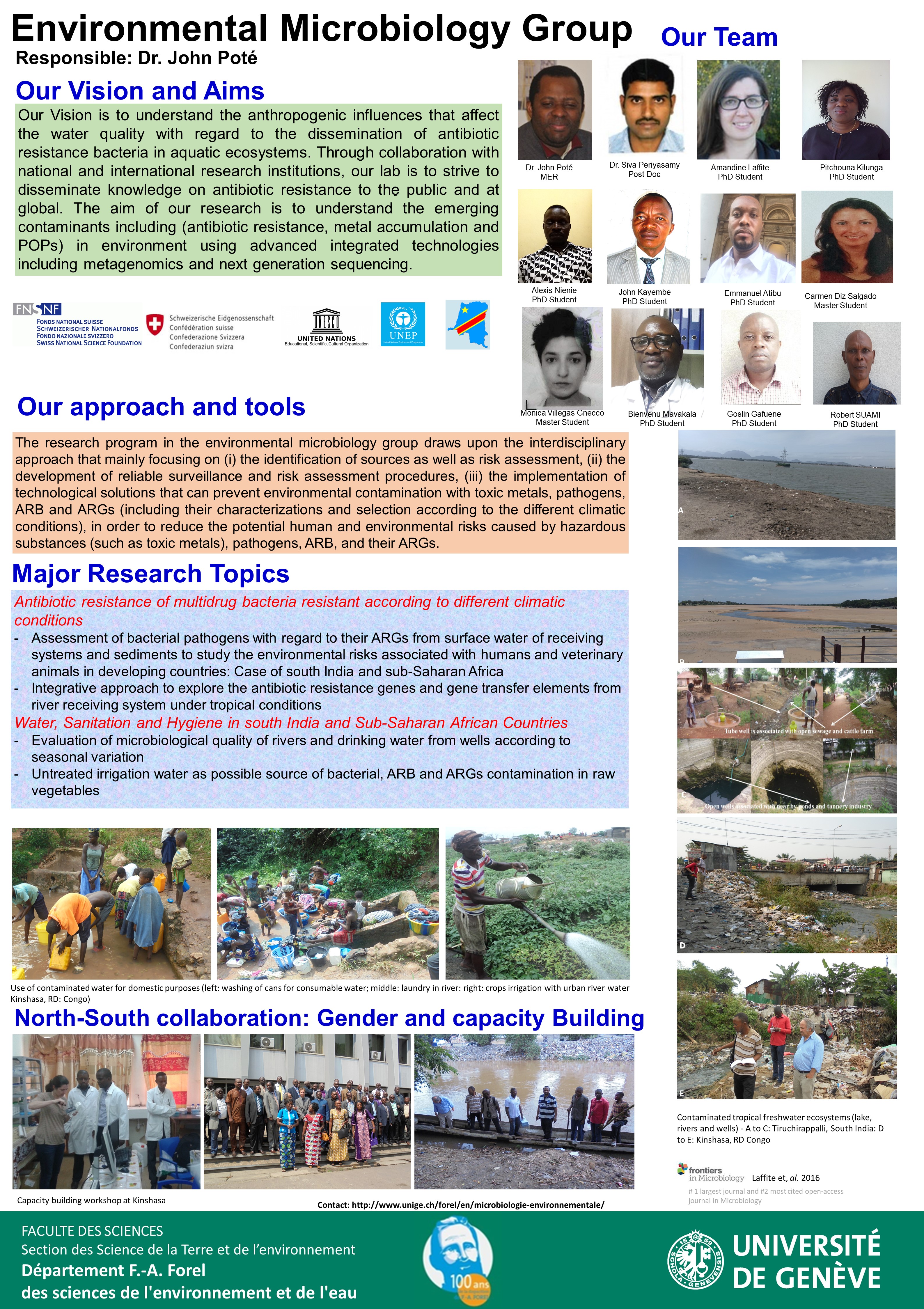