The post Big Bang revealed. A first step towards understanding the early Universe

After the Big Bang, the Universe expanded and, by cooling down, the matter progressively took shape. The first stars and galaxies form several hundred thousand years later. One bil- lion year later the Universe is observed to be reheated, and hydrogen, the most abundant element, is again ionized, as it was shortly after the Big Bang. How has this important trans- formation, named cosmic reionization, been possible ? Astrono- mers have long thought that galaxies were responsible for this phenomenon. Today, an international team including resear- chers from the University of Geneva (UNIGE) have largely vali- dated this hypothesis. They have indeed discovered a compact galaxy emitting a large number of ionizing photons, which are responsible for this transformation of the Universe. The article, published in Nature, opens an important new avenue for our understanding of the early Universe. 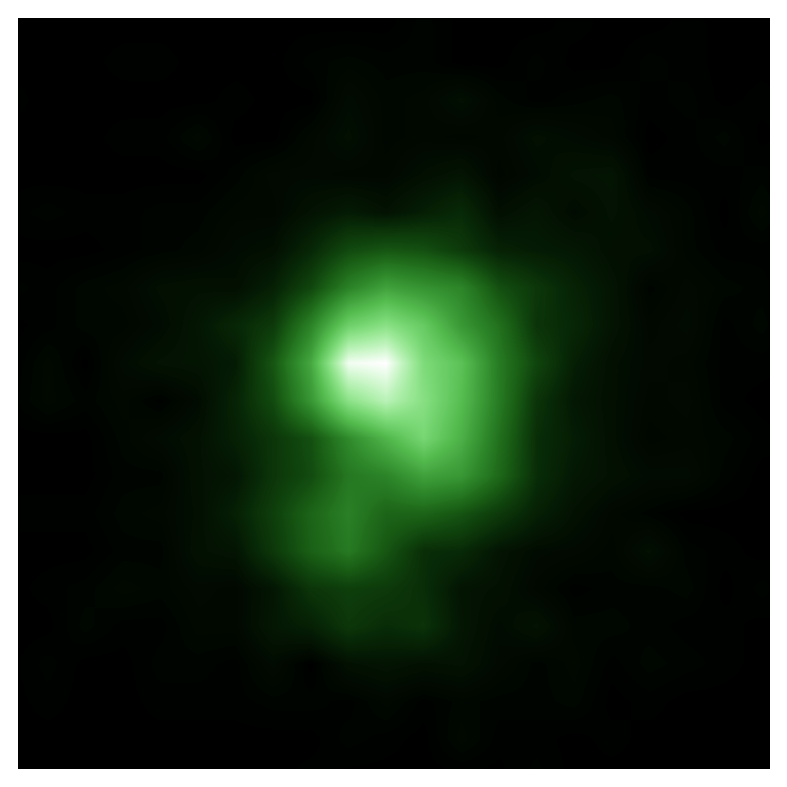 Image of the “green pea” galaxy J0925 taken with the Hubble Space Telescope. The diameter of the galaxy is approximately 6000 light years. The galaxy is thus roughly 20 times smaller than our Galaxy, the Miky Way. © Ivana Orlitová, Astronomical Institute, Czech Academy of Sciences (Prague)

UV spectra of the compact “green pea” galaxy ” J0925 taken with the Hubble Space Telescope. Left: Complete spectrum showing the ionizing flux (on the very left), the Lyman-alpha line, and the remainder of the UV spectrum. Right: Zoom on the Lyman continuum showing a clear detection (11.8 sigma) of the ionizing flux of this galaxy.

Left: Lyman-alpha line profile of the green pea galaxy observed with HST. The line is very narrow and the two peaks separated by ~300 km/s. Right : Predictions from the radiation transfer models of Verhamme et al. (2015). The observations of J0925 confirm these predictions. The Lyman-alpha line can thus be used to identify galaxies contributing to cosmic reionization.

Selected echoes in the press and on websites:

Webpage from Ivana Orlitová (co-author) with other links