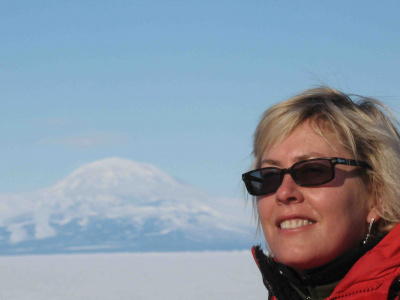 My research activity started in 1994 and has mainly concerned Neutrinos and Cosmic Rays. I have been working on atmospheric neutrino oscillations, dark matter and neutrino astronomy in the MACRO experiment at Gran Sasso. We found out that the neutrinos we detected between millions of muons were oscillating more strongly in the vertical upgoing direction than in the horizon. For this I was awarded the Duggal Award.

I continued to work on Neutrino Astronomy in the ANTARES undersea telescope and in IceCube where I mostly concentrating in defining the analysis for searches of time dependent and independent point and extended sources. I started focusing on gamma-ray astronomy and hardware activities in HAWC on the trigger and on photosensors (namely SiPMs). I regretfully left HAWC when I went from the USA to Geneva and I continued the activities on gammas in CTA, where I lead one of the projects for the construction of small size telescopes. This resulted in a very performant telescope called SST-1M. Two SST-1M, while not accepted by CTA for some reason, they are  being installend in the Ondroyev Observatory for a future destination.

I teach at undergraduate and graduate student level. Our group offers plenty of PhD and Master Thesis opportunities of work.

I am also currently the Chair of APPEC Consortium.

I am an experimental physicists born as a particle physicist and now interested in astrophysics. I had my PhD measuring the W mass at LEP, but already there I started working on detector operation and Data Acquisition. Soon after I joined ATLAS were I spent most of my time both in detector construction and commissioning and later on as Project manager of the Barrel Muon trigger and coordinator of the ATLAS L1 system.  In 2013, I decided to start  new adventure in astroparticle and I joined the Unige group working on CTA. I was the Project manager of the SST-1M and actually I am the lead system engineer of the LST telescopes.
I am currently also involved in the LHAASO experiment as chair of the Publication committee. I am also the PI of POSICS, a EU funded project through the ATTRACT scheme, on a new medical imaging device. 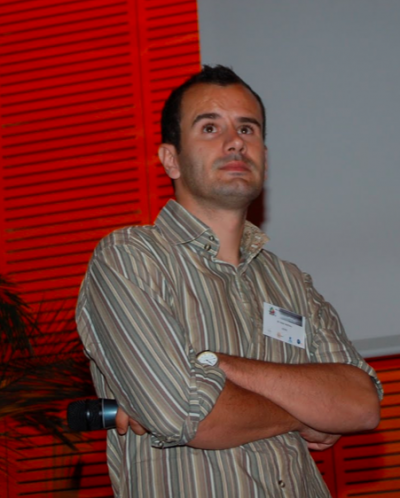 Matthieu made his PhD at the laboratoire de L’accélérateur linéaire in Orsay on the measurement of the proton-proton total cross section and absolute luminosity with the ATLAS/ALFA detector. He continued this activity as a Marie Curie Fellow at CERN where he also worked on detector development for medical imaging (AX-PET) in the Detector and Technology group. He joined the CTA group at the university in 2014 and acted as the coordinator for the Cherenkov camera realisation. He is now managing the CTA activities within the group and act as a deputy System Engineer for the large size telescope of CTA. 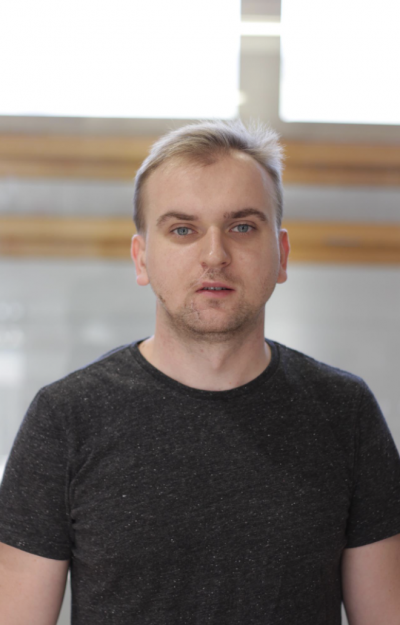 Andrii`s expertise is Silicon Photomultipliers (SiPM). He started his scientific research in field of SiPM devices on 2012 during his M1 internship. He studied SiPM behavior under cryogenic temperatures and for biomedical application during his PhD in Laboratoire de L’accélérateur linéaire in Orsay, France (2013-2016). Also during his PhD, took part in development of small intraoperative gamma camera based on array of SiPM devices. Andrii joined a group in October 2016 and worked in SENSE project–a roadmap for the ideal low light level sensor development. 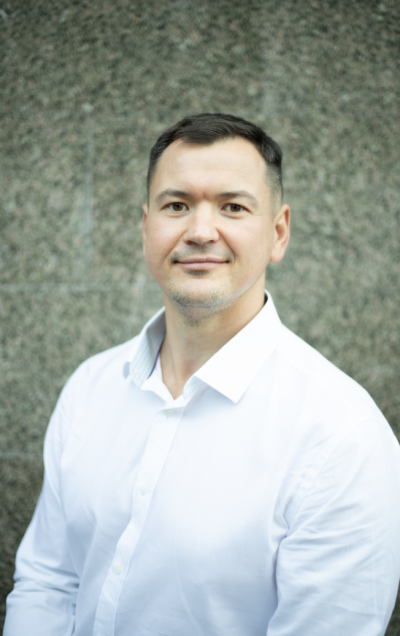 Leonid made his phD at the laboratoire de L’accélérateur linéaire in Orsay within SuperB project. His main contribution was the development of the Forward time of flight Cherenkov detector for particle identification.He continues his scientific career in UA9 collaboration at CERN as ingénieur de recherche stuff at CNRS. Where he developed an in-vacuum Cherenkov detector for proton flux measurements installed in SPS accelerator. Later he joined BELLE2 experiment within ARICH team working on detector simulation, performance estimation, and upgrade.At the end of 2021, he has joined our UNIGE team. His current work is dedicated to Terzina project where his main contribution is the simulation of the Telescope. 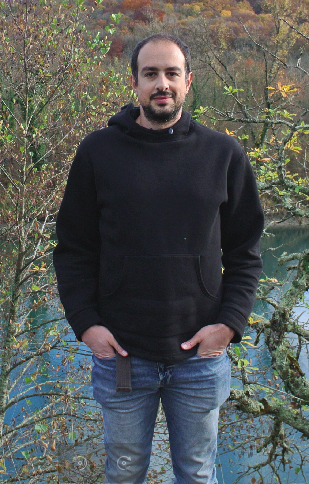 Georgios studied applied maths in National Technical University of Athens. He made his PhD in picsel group of IPHC Strasbourg, where he worked on applications of monolithic active pixel sensors in physics experiments. He participated in the preparation of future HEP experiments, ILC and FCC, involved mostly in the design and optimisation of the machine detector interface and in pattern recognition algorithms. Currently he is working for the preparation of another future experiment, this time in Astrophysics, the CTA. His main focus is on the calibration pipeline.

I obtained my master degree in theoretical physics at the École Normale Supérieure (rue d'Ulm, Paris) in 2018 and decided to pursue a Ph.D. in theoretical particle physics at the Institut de Physique des 2 Infinis (IP2I, Université de Lyon).  During my Ph.D. I built a C++ framework, MARTY, to automate the analytical calculation of loop-level perturbative quantities for Beyond the Standard Model phenomenology. In November 2021, I joined the CTA-UNIGE group as a postdoc to work on the CalibPipe software development, a sub-system of DPPS (the Data Processing and Preservation System of the CTA experiment). 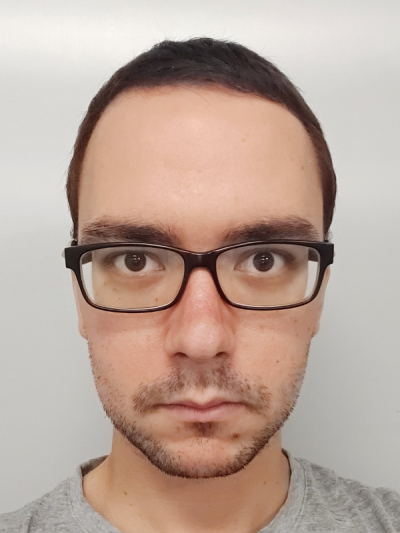 Gabriel joined the LST and CTA activity of the university of Geneva in October 2020. It followed a PhD at LPNHE in Paris on the study of the variability features of the non-thermal emissions from Blazar jet observed at very high energy with the H.E.S.S. experiment. This work was strongly inserted in a context of rapid expension of the multi wavelength and messengers astronomy field. Now his work focus on the analysis software development and first data analysis of the LST-1 telescope during this early phase of construction of CTA, the future very high energy observatory which will improve significantly compared to current experiments based on the same observation technique. 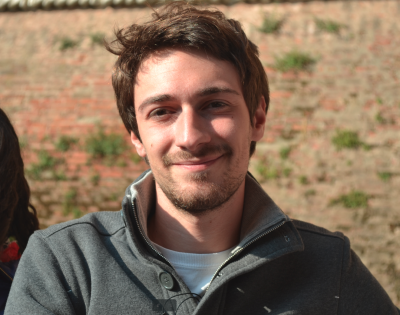 Francesco is a PhD student that joined our group in January 2019, after graduating at the University of Pisa with a thesis on the possibility of measuring the CP properties of the Higgs boson in the H -> tau tau events with the ATLAS experiment. He is currently involved in neutrino point-source searches with IceCube, the largest neutrino telescope ever realised. 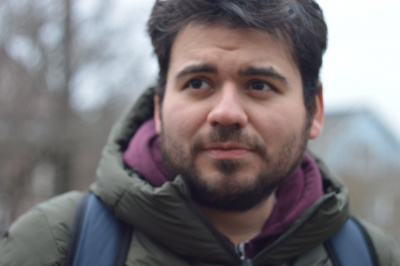 David obtained his bachelor’s and master’s degree at the University of Geneva. His master thesis was related to quantum thermal machines. After that, he decided to pursue a Ph.D. in experimental particle and astroparticle physics. He has working characterizing scintillating fibers for the mu3e experiment. After a couple of year in that track, he was allowed to join the CTA-UNIGE group and since then he has been involved in SST-1M project warming him up to work with the LST collaboration.

Cyril joined the group as a PhD student in September 2016. He did his Bachelor and Master in Physics at École Polytechnique Fedérale de Lausanne. Cyril has been strongly involved in the calibration of the first SST-1M camera prototype for CTA. He is starting activities on high-level reconstruction for the CTA using likelihood reconstruction technique and machine learning algorithm. His fields interest are: Astroparticle physics, Python programming, Statistics, Monte-Carlo simulations, Machine Learning and Silicon photomultipliers.

Stephane has been part of the group as a PhD student since September 2016. He did his Master in Physics at University of Dschang in Cameroon. He then received an excellence scholarship from the Swiss Government which allowed him to join the group of CTA (Cherenkov Telescope Array) at the University of Geneva.

He is working on the software and the electronic design of a camera prototype which will be used by students for practical work on SIPMs, gamma-ray astronomy and astroparticle physics.

Stéphanie joined the group in April 2016 as a PhD student. She did her undergraduate studies in physics here at the University in Geneva and her Master thesis in London working on the design of a future neutrino experiment, Hyper-Kamiokande.

She currently works with the IceCube experiment looking for a correlation between gamma-rays and neutrinos with a goal of determining possible neutrino sources. More generally, she is interested in astronomy, neutrino physics and outreach.

Imen joined the group in August 2016 to work on simulations for SST-1M telescope in CTA, and partly on point source analyses in IceCube. She did her Physics studies in Paris, before acquiring her PhD on ANTARES/Km3NeT on multi-messenger programs with neutrinos. She is broadly interested in astroparticle physics with an experience with neutrinos and cosmic rays and currently focusses on high-energy gamma rays detection in CTA. 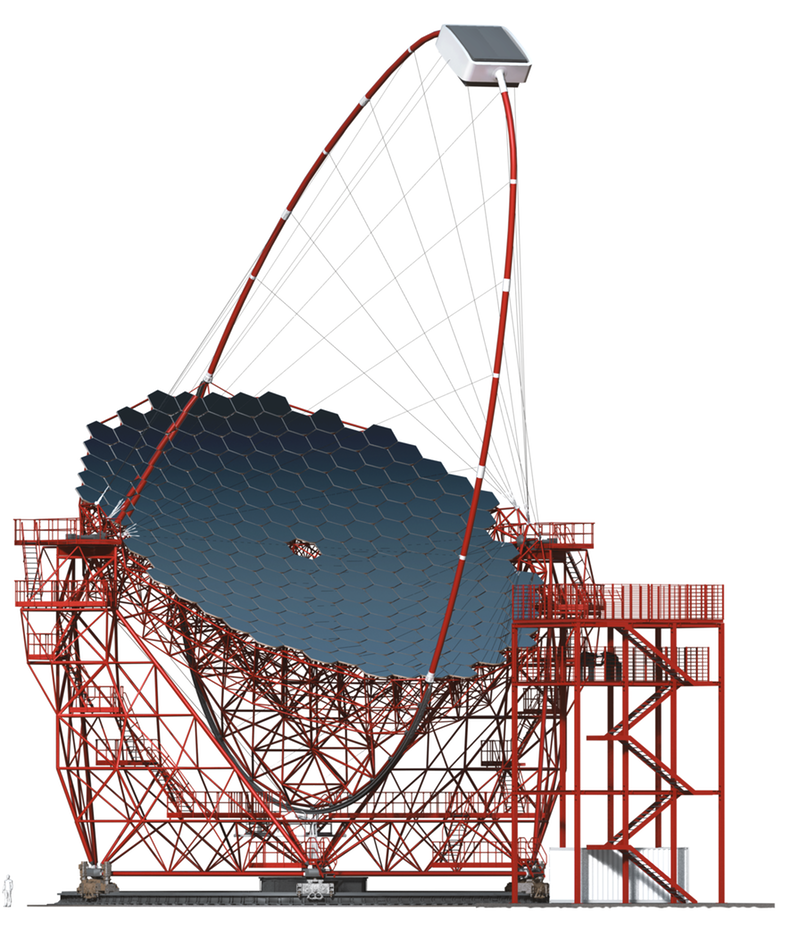