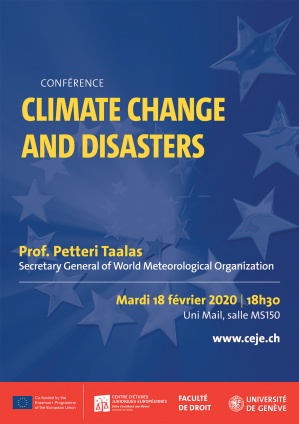 Professor Petteri Taalas was appointed in May 2015 as the Secretary General of the World Meteorological Organization (WMO) and re-appointed in June 2019 for another four year mandate (2020 to 2023). He was born in Helsinki, Finland. He holds a PhD in Meteorology (Helsinki University, Physics department 1993, Univ. of Eastern Finland: meteorology, physics, physical chemistry and international development).

Before joining WMO he was the Director-General of the Finnish Meteorological Institute 2002-2005, 2007-2015 (National weather, climate and marine Institute).

He has also held positions in International development and scientific fields