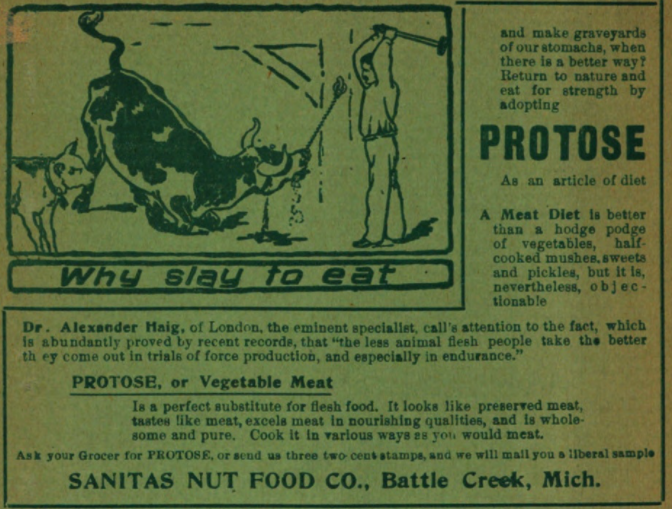 While the market in “fake meats” or “meatless meats,” like the Impossible Burger and Beyond Meat, is expanding rapidly in the early twenty-first century, the historic development of meat substitutes in the United States goes back more than a hundred years, to the later part of the nineteenth century. While Emarel Freshel explicitly rejects the use of “fake meats” in her cookbook, Edwin Giles Fulton's Substitutes for Flesh Foods: Vegetarian Cook Book  (1904) presents recipes that make frequent use of meat substitutes such as Nuttolene, which is still marketed as a meat-free “nut luncheon,” and Protose.

In the early twentieth century, Protose was a very popular meat substitute made primarily from wheat gluten and peanuts. It was invented in 1899 by John Harvey Kellogg who, from 1876, was physician-in-chief and later Director of the Battle Creek Medical Surgical Sanitarium in Michigan. John

Harvey Kellogg describes Protose in his 1903 book, The Living Temple : 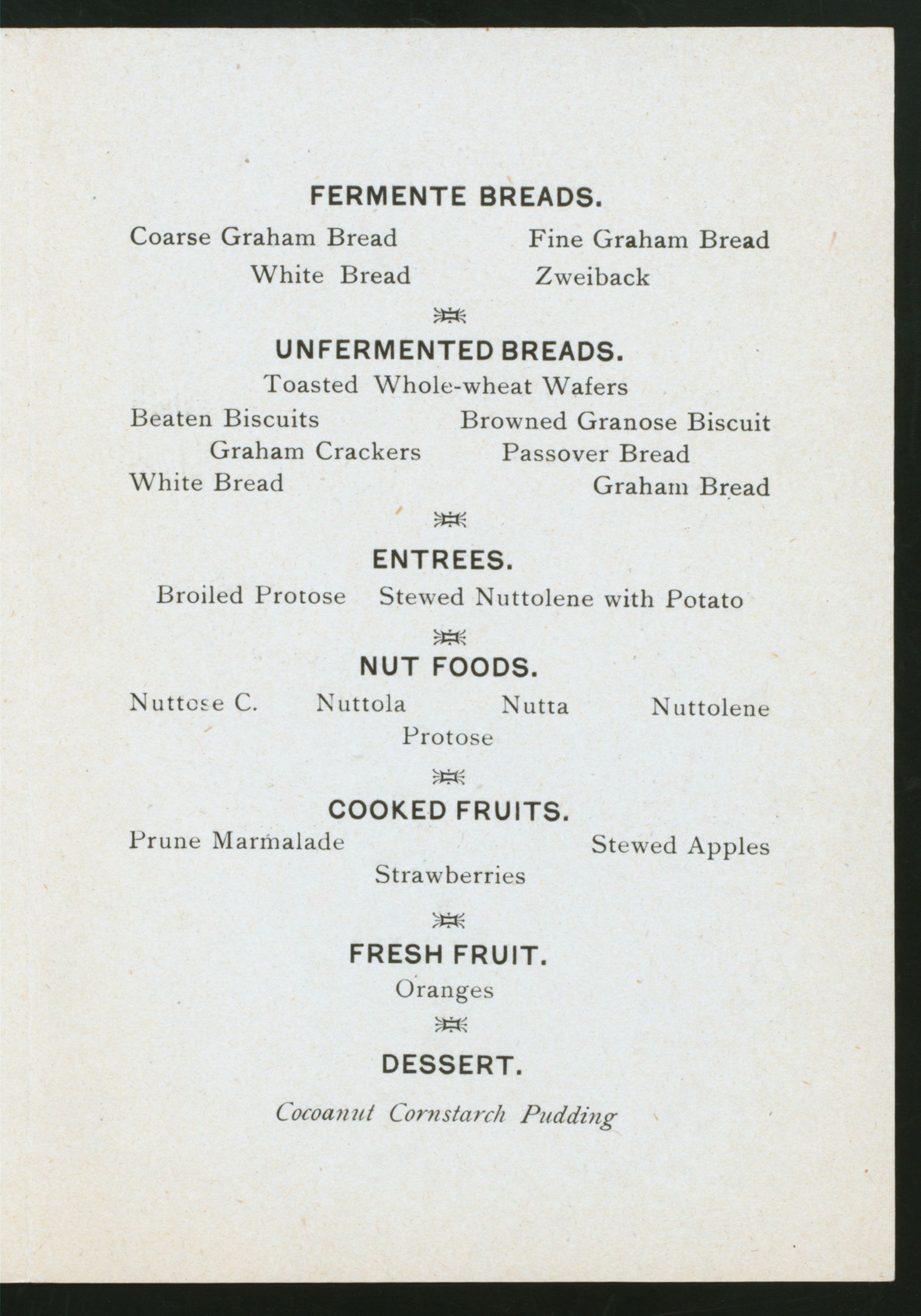 With his brother, Will Keith Kellogg, he began developing meat substitutes both for the guests at the Sanitarium and for the national mail-order market. The Sanitas Nut Food Company was established in 1889. Following an argument over whether to add sugar to their breakfast cereals, Will created the Battle Creek Toasted Corn Flake Company (later the Kellogg Company) in 1906.