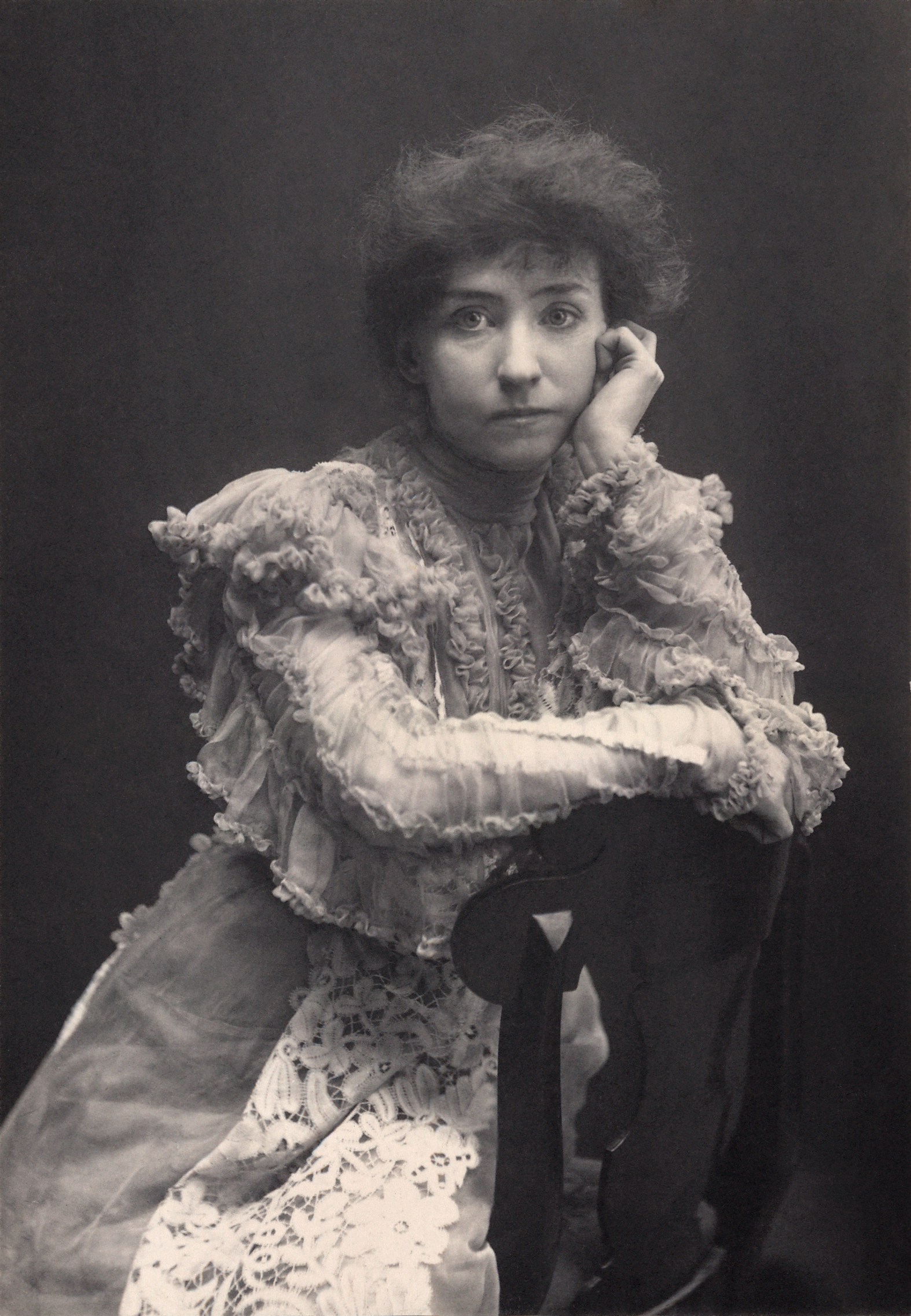 Minnie Maddern Fiske (1865-1932) was a dominant influence on the American stage in the late nineteenth and early twentieth centuries. Originally an actress, she was also a director and playwright; she wrote articles, such as “What a Deformed Thief this Fashion Is” (1921), and gave speeches to promote her activism. She was an anti-vivisectionist and vegetarian; according to Wikipedia, “she was also one of the most prominent animal welfare advocates of her era. She took an interest in the activities of the American Society for the Prevention of Cruelty to Animals and other humane leagues. She was known to have picked up stray dogs and cared for them. She fought against the wearing of the plumes of snowy and great egrets on hats, raised awareness of the cruelties of fur trapping, and changed the treatment of cattle on ranges. Because she was well-known and loved, people followed her example and she was able to broadly influence animal reform. She was twice named one of the twelve greatest living American women because of her fight for animal rights and for her outstanding talent. She was first named in 1923 by the League of Women Voters, and then again in 1931 by Good Housekeeping magazine. Mark Twain wrote the story "A Horse's Tale" at her request to combat bullfighting in Spain.”