Sub-project B: The Beatific Vision in Reformed Orthodoxy and its Relationship to Medieval Theology

The beatific vision featured prominently in medieval scholastic theology and piety featuring in an Apostolic Constitution in 1336 and receiving attention at the Council of Florence in 1439. Despite this prominence, historians have alleged the doctrine played little to no role in early Protestantism and some Reformed theologians have even argued it reflects a distinctively Roman Catholic theological system. In response, this project seeks to explore the period of Reformed Orthodoxy to present accounts of the beatific vision which positively drew upon medieval scholastic sources. More specifically, a range of questions will be addressed such as:

1. In light of its rich medieval background, why did focus on the beatific vision as a distinct doctrinal topic only begin to receive careful attention in the beginning of the 17th century?

2. Did the early Reformers have a doctrine of the beatific vision?

3. What influence did the differing medieval positions on the beatific vision as related by Thomas, Scotus, and others play on the Reformed Orthodox account?

4. What systematic place did the beatific vision have in Reformed dogmatic theology?

5. What does the doctrine of the beatific vision reveal about the relationship between scholasticism and mysticism in the early modern period of Reformed theology?

To accomplish this task, amongst others, three thinkers will be considered for the way they reveal the progression and eclecticism found within the Reformed tradition concerning the beatific vision. The professor of Old Testament at Basel, Amandus Polanus (1561-1610), a leading Dutch contra-Remonstrant, Antonius Waelus (1573-1639), and the professor of theology at Zurich, Johann Heidegger (1633-1698). Each of these thinkers engaged with the various medieval accounts of the beatific vision and they reveal a variety of Reformed formulations of the doctrine some of which appear to reveal more of an affinity for Scotus over Aquinas. 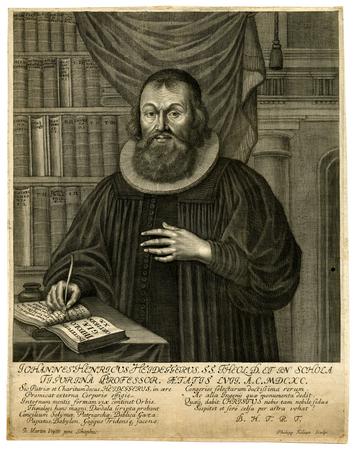