Subproject C: The imprint of Scotism in Palatine theology

Subproject C aims to study Reformed theology and philosophy in the Palatinate, and more broadly in West Germany, over the period going from the publication of the Heidelberg Catechism (1563) to the destruction of the Reformed academy following the siege of the city in 1622. Heidelberg and the Palatinate were a decisive territory in the construction of the intellectual identity of the Calvinist Reformation, not only because of the adoption of the Heidelberg Catechism as the official standard of faith at the Synod of Dort, but also because many prominent theologians held positions there or at least stayed there for study. Among the most famous are Zacharias Ursinus, Kaspar Olevianus, Emmanuel Tremellius, Girolamo Zanchi, David Pareus, Franciscus Junius, Johannes Piscator, Bartholomaeus Keckermann, Otto Casmann, Heinrich Alting and Abraham Scultetus.
In the frame of the ADP subproject C, my intention will not be to propose an exhaustive survey of Reformed theology or philosophy in the Palatinate, nor to offer a monograph on a specific author, but rather to grasp the global trends and dynamics characteristic of the formation of the first Reformed orthodoxy, in connection with the specific context of the confessionalization of the Holy Roman Empire. The University of Heidelberg and the Palatinate are distinguished by their geographical position, which makes them a crossroads between the Helvetic territories, the center of the Calvinist Reformation in the 16th century, and the United Provinces, which became central from the beginning of the 17th century. However, the Palatinate, as part of the Holy Roman Empire, was also at the forefront of religious controversies, with Lutherans, Roman Catholics, but also Socinians, who flourished from the academy of Rakow from the early years of the 17th century. The project will thus pay particular attention to the debates on the method of theology, and in particular to the question of the relationship between philosophy and theology, which occupied many Reformed theologians of the Palatinate, in connection with the controversies on the Eucharist and on the Trinity, but also more broadly with the issues of the definition of the nature and the stakes of theological knowledge. In this context, particular attention will be paid to the uses and legacies of medieval theology, which seem to me to have been the object, in the Reformed Palatinate, of a broad rehabilitation.
The study of this rehabilitation will focus on the context of the revival of metaphysics and logic, following the controversial reception in the Palatinate of the works of logicians and metaphysicians such as Ramus, Suarez or Zabarella. But it will also pay particular attention to the controversies about the role of reason in the formalization of theological discourse, controversies in which Reformed theologians may have tried to adopt a via media between the strict rationalism of the Socinians and the anti-rationalism more characteristic of Lutheran positions. 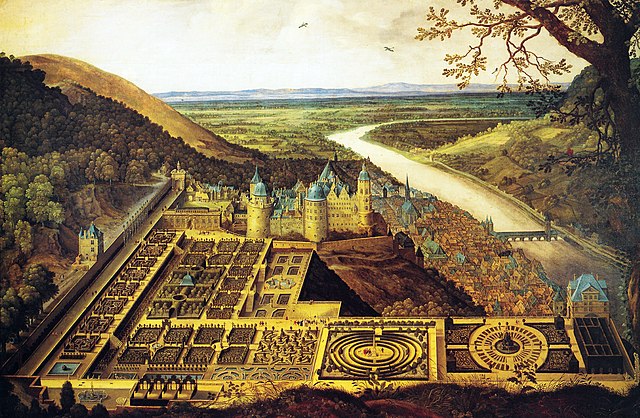