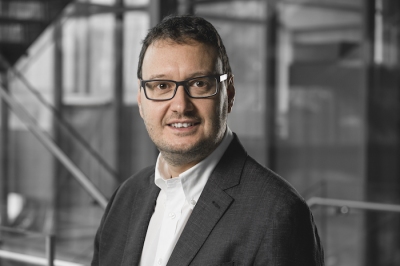 My work focuses on the nonverbal expression of emotions. I am particularly interested in how the emotion process drives the temporal unfolding of expression in different modalities, I adopt an appraisal perspective to study emotion expressions, and I consider expressive cues as potential efferent effects of emotion appraisals.

I am the head Applied Affective Sciences research unit and I am responsible for several basic and applied research projects done in collaboration with external partners.

I completed a Ph.D. course in Psychology of Communication and Linguistic Processes at the Catholic University of Milan in 2007. My work focused on emotion expression and ANS correlates of emotion episodes. My thesis was entitled "Multicomponential analysis of emotional experience. Study of expressive and physiological components and their implications for affective computing". The goal was to study how facial and vocal expressions are related to modifications in the ANS activity in consequence of the experience of an emotion.

The same year, I joined the Swiss Center for Affective Sciences as a Post-doctoral researcher with the goal of studying emotion expression from a multimodal point of view.

After the development of the Geneva Emotional Competence Test (Schlegel & Mortillaro, 2019), I am now studying the role of Emotional Intelligence in different domains, including sports and health care. This line of research includes studies about interventions to improve emotional competencies, longitudinal studies in the context of hospitality services, and the development of new assessment tools.

I am interested in how different expressive modalities are jointly used during an emotional episode and how perception is influenced by unimodal and multimodal information. A particular feature of multimodal emotion expression is the way in which the different expressive modalities recruited during an emotion episode are timely used. With this respect, I am interested in how the degree of temporal synchronization influences the perception of emotional authenticity.

Planned studies include the investigation of the links between specific expressive features (vocal, facial, and gestures) and emotion appraisals.

We are developing instruments that can be used to assess emotional responses in several application settings and collaborating with researchers in the affective computing domain.

Current and Past Projects

"Measuring emotional intelligence in the workplace: Development of a new test"

The aim of this project is to develop and validate a new test to measure emotional intelligence in the context of job-related tasks. Emotional intelligence tests that are currently available have been criticized for their methodological approaches and for being generic and based on self-report measures. Conversely, this test will be a performance-based test that will include scenarios taken from real work situations.

This is a collaborative research project between GfK, Fraunhofer IIS and the University of Geneva (UNIGE) aimed at developing a semi-automatic tool for detecting subtle emotions in response to audio-visual stimuli.

"I can cope with that!: The effect of stress on emotion components: appraisal, expression, and physiology."

In this project, we investigated the appraisals that are typically involved in the experience of a series of emotions. Furthermore, the influence of stress on appraisals and other emotional components was investigated. The hypothesis is that stress can bias individuals’ evaluations by reducing his or her estimation of the sense of control on the situation (i.e., the coping potential).

This project addressed the relationship between different appraisals in the experience of different positive affective states and the role of emotion appraisals in ethical decisions. In particular, we investigated how moral emotions are experienced in the context of socially responsible behavior. More generally, the project investigated how emotions can influence decisions about ethical issues.