Christian Bovet is full professor at the University of Geneva law school, of which he was dean from 2007 to 2012. Prior to joining the faculty in 1998, he practised law for several years as a partner in a Geneva business law firm. He received an LL.M. degree from Columbia Law School (New York) in 1988 and worked for over a year as foreign associate with the New York office of Debevoise & Plimpton. He was appointed to the Swiss telecommunications regulator (ComCom) in 1999 and served as its vice-chairman from 2005 to 2011. Between 2009 and 2011 he co-chaired the working group in charge of proposing amendments to Swiss competition law. He currently chairs the council of the Walther Hug Foundation, which every year rewards the best Swiss doctoral theses in law and periodically honours outstanding law professors. He sits on the editorial board of the international journal, Concurrences. He is also a member of the Geneva Bar Exam Commission and of the council and the bureau of Geneva Foundation for Medical Research. He was a member of the council of the Swiss Banking Ombudsman Foundation until the end of 2014. 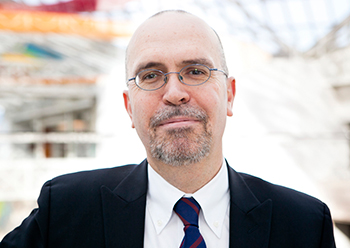